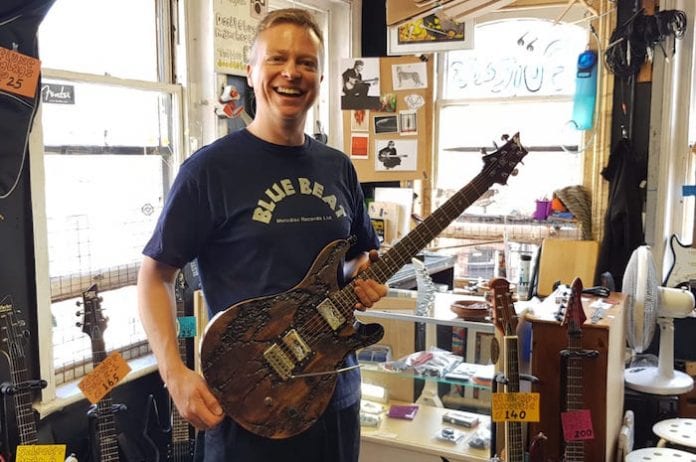 Andrew Dawson’s unique and quirky Lightning Strike guitars haven’t been struck by lightning – but they sure look like it.

Andrew is the owner of Doodlebug Guitars in Affleck’s. Having travelled the world teaching English for 15 years, he opened the store when he came back four years ago, intending to sell his artwork – he has a degree in Fine Art.

But after he “doodled” on one of his old childhood guitars, he found people were more interested in the quirky instruments. So he began to focus on them. And that’s how Doodlebug Guitars was born.

Andrew, 44, told us how the idea behind his Lightning Strike guitars came about. 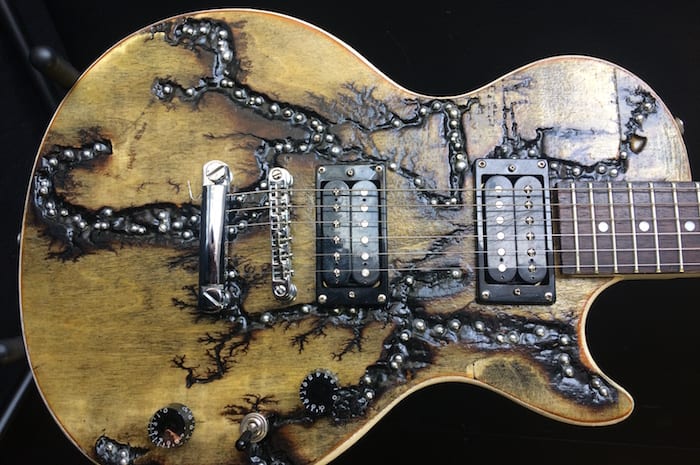 “A friend of mine at Affleck’s showed me a video of somebody burning wood – it was just a tabletop I think – and I had a brainwave of doing that to the wood on a guitar instead.”

So Andrew, 44, recruited his 72-year-old dad, Ron, to create a device that would enable him to add this unusual feature to his guitars.

“My dad is pretty good at electrics as it was part of his job, so he created this device using coil with loads of wires wrapped around it. You plug it in, hook up the two live ends, step back and switch the power on. It just goes mental.” 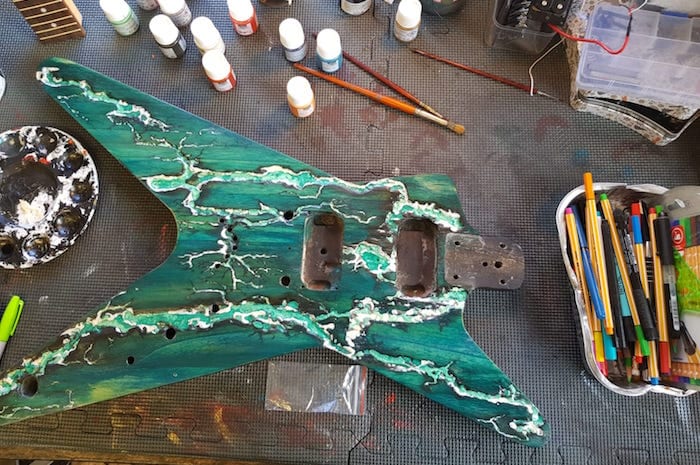 It’s a dangerous process which you can’t see with the naked eye because the brightness is similar to welding. Andrew says he found out the hard way.

“We put liquid onto the wood and it just eats through. You think it would join where the two points are, but it actually doesn’t. It goes anywhere it wants. It fights against the grain and goes all over the place.”

They put a salt solution on the wood of the guitar after dismantling it which helps the electricity pass through. Different woods give different results.

He then stains, paints, and varnishes the wood before putting the guitar back together to sell. 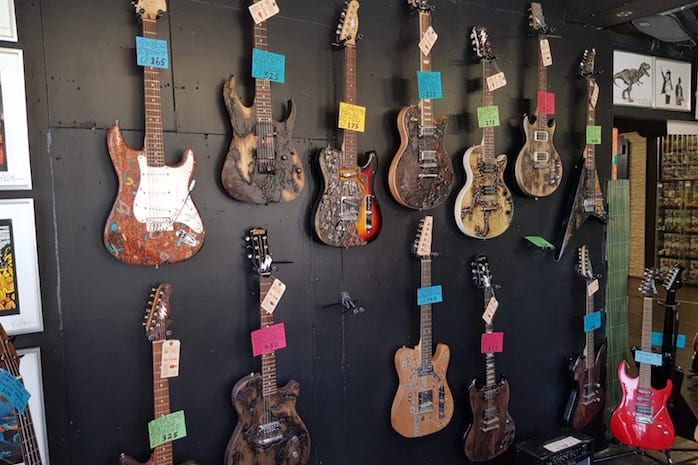 When asked if the electrifying process affects the sound of the guitar, Andrew says it’s more for aesthetic reasons but that it does potentially add more “warmth” to the guitar’s sound.

The guitars get an amazing response from almost everyone who sees them – and they are popular online, too.

You can buy the guitars in store or online. Prices range from £250 to £625 depending on the style and make. 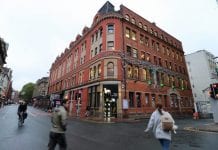 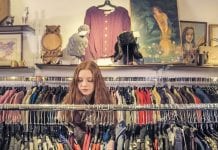 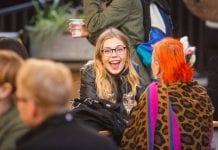