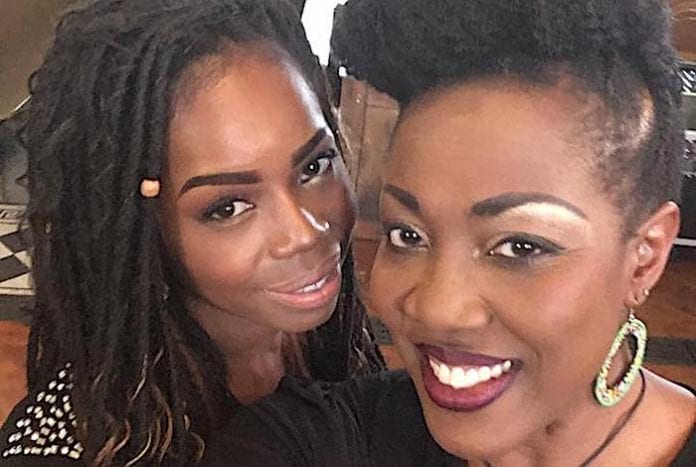 Audrey Mattis is the founder of the Audrey Mattis Chorale, the gospel choir simultaneously lifting and soothing the crowd at Albert’s Schloss on Sunday afternoons.

Originally from Birmingham, Audrey provided backing vocals to 1988’s Labi Siffre’s Something Inside So Strong, and only last year appeared on Glastonbury’s Pyramid Stage alongside the Hacienda Classical.

“We’d been doing festivals for a while, but hadn’t done one as big as that. It was huge,” she says. 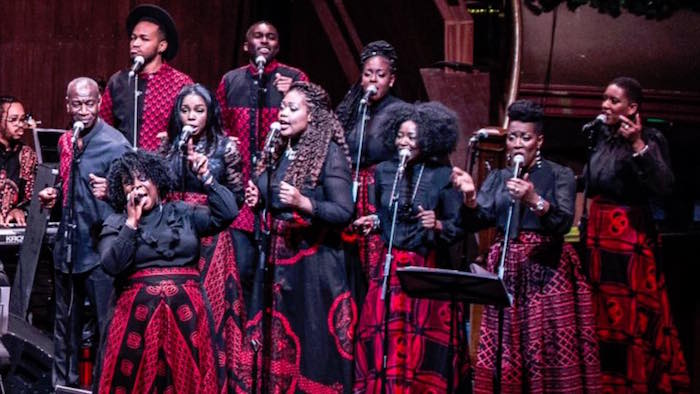 The mum-of-two, who moved to Manchester 20 years ago, now combines her choral work and TV appearances on the likes of Songs of Praise with teaching at the Royal Northern College of Music.

We caught up with Audrey to talk music, memorable moments and making Manchester home.

Was music important to you growing up?

Yeah, I think it was. It was important to everyone I knew growing up. We were just very musical people and the school I went to had a great music department. I started my first choir when I was eight in primary school, apparently.

When did you form your Audrey Mattis Chorale?

In 1993. It started as a project for one of my modules when I studied at Birmingham Conservatoire. I went as a mature student. Prior to that, I was an accountant. I was called ‘the singing accountant’ because I was always taking my leave to go and do different musical things. I’d sing at work too, but then I sing all the time. It’s the first thing I do in the morning.

When did you start singing at Albert’s Schloss?

It’ll be two years in October. Sometimes we start at 2pm and it can be pretty quiet and other times really hectic, you can’t tell what it’s going to be like. But by and large, halfway through the second set, people will be dancing. Generally, people are very attentive. There’s never a point where we think, ‘Oh my god, they’re talking so much and so loud we can’t hear ourselves’. Sometimes we’re booked for events and we’re just background noise. It doesn’t affect us. We just do what we do.

What do you enjoy most about performing?

Just seeing the end result of the preparation really and its impact. We get that first buzz and then see how that ripples across into the audience. I love the recognition of certain tracks, people mouthing the songs or looking at their partners and joining in in their own way.

Do you ever get nervous before you perform?

Nah, I get an adrenalin rush. I’m like, ‘Let me do this!’ I don’t like heights so I don’t do anything crazy, but I love performing.

Anything ever gone awry during a performance?

I’m not telling you about the ones that go awry! No, nobody falls over, nobody gets drunk. We all forget words now and again so we’ll make up lyrics and have a laugh about that. It’s usually people getting drunk at parties and weddings and how they’re responding or reacting to what we’re doing that makes us laugh. We’re like, ‘how do you end up doing press-ups to a group of gospel singers singing Oh Happy Day?’

Have you noticed choirs are growing in popularity?

We’re here, we’ve always been here. We just go in and out of fashion. It certainly helps when royalty decides to have a gospel choir at their church ceremony, and a TV programme will come on all about choirs. It raises the profile.

Do you think music’s still intrinsic to Manchester?

Yeah, Manchester’s a city where you can make music and find it as well. A lot of the students who come and study music, stay.

What else do you love about the city?

It’s very green – and there’s space. I was walking back from a meeting today along Princess Street at about 5pm. There were a lot of people on the streets but it didn’t feel cramped.

What are your favourite Manchester hangouts?

My favourite eating place is The Chorlton Eatery. They do a great all-day breakfast. And my favourite music venue is a jazz club called The Cinnamon Club in Altrincham. It’s an old, quaint Edwardian place and just really cool. And I love HOME. I’ll just go there and watch a film or have a bit of food or just sit.

For more information on the AMC Gospel Choir, visit facebook.com/amcgospelchoir. The choir performs every Sunday at 2pm and 4pm at Albert’s Schloss.