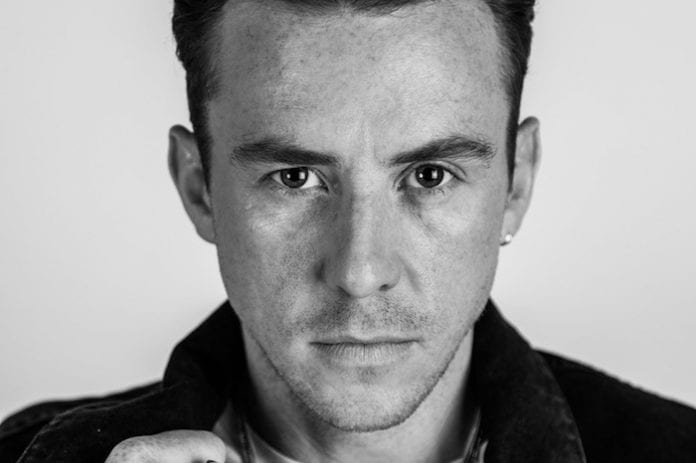 He found fame as one quarter of McFly, one of the biggest boybands of the millennium.

But now Danny Jones is preparing to forge his own path, with his debut solo material and his first ever solo tour, which includes a special homecoming gig at the O2 Ritz in Manchester on 4th September.

Boltonian Danny tells I Love MCR: “I’m feeling really excited, but I’ll admit it was scary at first. The music is all about me, my upbringing, looking back and reflecting on things that have happened. It was almost like therapy writing it.”

That includes the first song to be released from his new EP, Muddy Waters, which deals with Danny’s emotions when his mum and dad split up.

He says: “It hit me hard, but I escaped it be doing the band. Now it felt like a good time to talk about it, perhaps because I was starting my own family at the time.

“Every bad situation I’ve learned from, and it’s helped me realise just how amazing the things I have now are. You’ve got to be brave to be a good artist.”

Danny married former Miss England Georgia Horsley in 2014, and their baby son Cooper was born in 2018. Both Georgia and Cooper have inspired other new songs that will be released as part of his solo collection which he has been working on since McFly went on hiatus in 2016.

Danny beams: “I absolutely love being a dad. It’s definitely something that you adapt to, everyone adapts, you just be who you are, and you feel so much love for this little man,  it’s like the best job ever.”

He still regularly returns home to family in Bolton – although he admits he wasn’t best pleased by a change his mum has recently made to his old bedroom.

He laughs: “The house my mum’s in is still the one from when I was younger, but she’s taken my Bolton Wanderers wallpaper down in my bedroom! I’ve still got all my old school books though, I can still see Winter Hill from my bedroom window, it’s a feeling of happy.”

So how will Danny feel walking out on stage along without his McFly bandmates Tom Fletcher, Dougie Poynter and Harry Judd?

He says: “It’s weird, you don’t have your brothers with you, but it would be weird to do this [solo material] with them.

“What you get out there is me, and performing on stage that’s all I’ve ever wanted to do.”

Before the tour, we’ll be seeing plenty more of Danny on our TV screens as he’s returned to his role judging prime-time Saturday night talent show The Voice Kids on ITV alongside Will.i.am, Jessie J and Pixie Lott.

Danny says: “It has been brilliant, I feel like the work that goes into that show, we really want to compete with the standard of the adult show now.

“Now that Jess is involved, she’s slotted in brilliant, and we all get on so well, it makes our job a lot easier. Mentoring the kids is great fun, they’re doing it for the fun, there are no bad habits there.

“It’s our job to make them believe in themselves. My mum had this knack of making me believe I could do something, that’s what I do to my kids on the show I want you to be whatever you want to be.”

And has 18-month-old Cooper shown any signs yet of following in his dad’s musical footsteps?

Danny laughs: “Every time I play the guitar he comes over and hits it, and when I sing he makes this little noise.  I hope that’s because he likes it!”

Danny Jones releases his new debut songs from the EP Muddy Waters every Friday in June, and tickets for his 2019 UK tour are on sale now, click here to buy.