Review: Matthew Bourne’s The Red Shoes is a love letter to a life in ballet 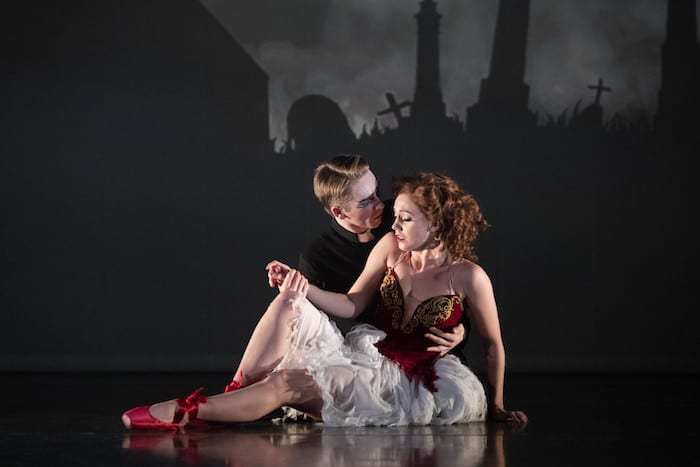 It was a sell-out even before its world premiere season opened in 2016. The Red Shoes sold out its first visit to The Lowry three years ago, and returned for an unprecedented second week due to phenomenal demand when it again smashed box office records.

And now Matthew Bourne’s adaptation of Powell and Pressburger’s Oscar-winning film is back on tour, updated, having won two Olivier Awards and dazzled audiences across the UK and the USA.

The ballet is set to a new score arranged by Terry Davies using the achingly romantic music of golden-age Hollywood composer, Bernard Herrmann, most famous for his collaborations with Alfred Hitchcock, Orson Welles and Martin Scorsese.

And there’s an extra treat for Bourne fans, too, as veteran dancer Adam Cooper has joined the cast. Adam returns to New Adventures after more than 20 years, to play the role of Svengali-like Boris Lermontov.

Adam first worked with Matthew in 1995 to create the iconic role of ‘The Swan’ in Swan Lake. He also famously portrayed ‘grown up Billy’ dancing as ‘The Swan’ in the 2000 film Billy Elliot.

New Adventures is a ground-breaking British dance-theatre company, famous for telling stories with a unique theatrical twist. And like the recent production of Romeo and Juliet, The Red Shoes is full of passion and tragedy.

The Red Shoes is a tale of obsession, possession and one girl’s dream to be the greatest dancer in the world. Victoria Page, played by Ashley Shaw who returns to the role, lives to dance. But her ambitions become a battleground between the two men who inspire her passion.

At its heart, it’s a story about dance and dancers – so it’s a perfect fit for a ballet, coming alive vividly on the stage. Matthew’s version is very much a love letter to a life in theatre and dance.

And while the story stems from the seminal film, it’s not a straight retelling – though it does capture some of the same surreal and sensuous qualities.

It’s the love story of two young artists: dancer Victoria, and composer Julian Craster. But the dance company’s legendary impresario Boris Lermontov believes that you can’t be a great artist if distracted by human love.

Under his watchful eye, the two eager artists realise their gifts – that is, until their romance threatens his creative plans.

The message that art is something worth fighting for, even dying for, is one that still resonates strongly. And the image of the red shoes that once put on will not allow the wearer to stop dancing is as powerful as ever.

It’s also breathtakingly beautiful. Lez Brotherston’s costumes are jaw-droppingly stylish, while his mobile proscenium arch set swings round to take us on stage or behind the scenes. Locations span Covent Garden to Monte Carlo with ease.

The ballet rehearsal scenes are well-observed, and Ashley Shaw dances with abandon in the ballet-within-a-ballet. Aesthetically she evokes Moira Shearer, who played the lead in the 1948 film, but is still very much her own character.

The classic film has influenced scores of creative people over the decades, including directors Wes Anderson and Ken Russell, novelists Margaret Atwood and David Mitchell, and singers Kate Bush and Courtney Love. Martin Scorsese, who saw the film as a child, went on to list it as one of his top five films, and picked up its theme of determination in Raging Bull.

And its influence continues with this new ballet. An intoxicating drama where life imitates art with fateful consequences, Matthew Bourne’s The Red Shoes is a triumph.

The red shoes are still dancing.

Matthew Bourne’s The Red Shoes is at The Lowry until Saturday 30th November, before embarking on a nationwide tour.