Hundreds of people will spend a night sleeping out in one of the city’s best known and historic red brick buildings to raise much needed funds for youth homelessness charity Centrepoint.

Sleep Out will take place in the unheated building and courtyard of London Road Fire Station, which has been kindly loaned by Allied London for the event on Thursday 19 October.

The building was the headquarters of the Manchester Fire Brigade for much of the 20th century before it closed its doors in 1986. It lay largely unoccupied for a number of years and there’s a creepy Coroner’s Court,  so there may be some ghostly goings on.

Centrepoint supports at least 2,000 young people every year in Greater Manchester and more funds are vital to ensure the charity can keep young people off the streets and in safe accommodation during the winter months.

“Sleep Out is a thought-provoking experience that everyone should try,” said regional fundraising manager Ben Bowden. “We aren’t trying replicate the terror of spending a night on the streets with nowhere else to go – but you will feel some of the cold and discomfort rough sleepers have to endure every night as winter begins to set in. 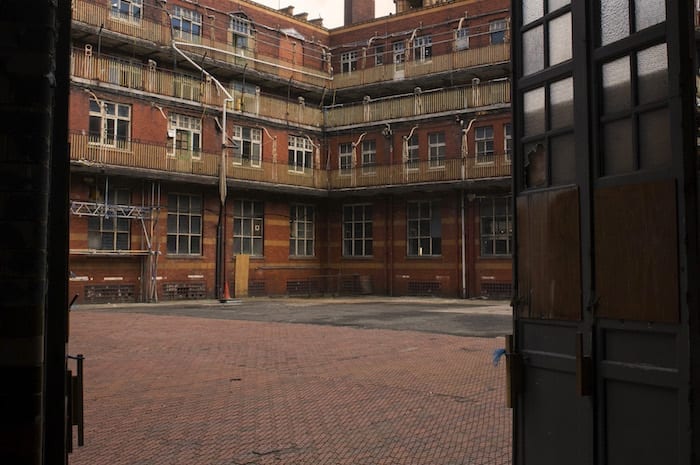 “We want you to have some fun at Sleep Out but there’s a serious side to it. The money we raise will help support vulnerable and homeless young people here in Manchester to get urgently needed support and gain the skills and confidence they need to live independently.”

Sleep Out is part of a national fundraising event in 14 cities across the UK throughout October and November. It’s being sponsored by the Co-operative Bank.

Products and communications director Matthew Carter said: “Our charity partnership with Centrepoint is really important to us and a considerable number of our colleagues – myself included – have signed up to the event in Manchester.

“We are excited to be a part of this thought provoking opportunity to get a taste of what is experienced by too many young people every day and hope we can raise much needed funds to support Centrepoint with the important services they provide to get young people into accommodation and out of crisis.”