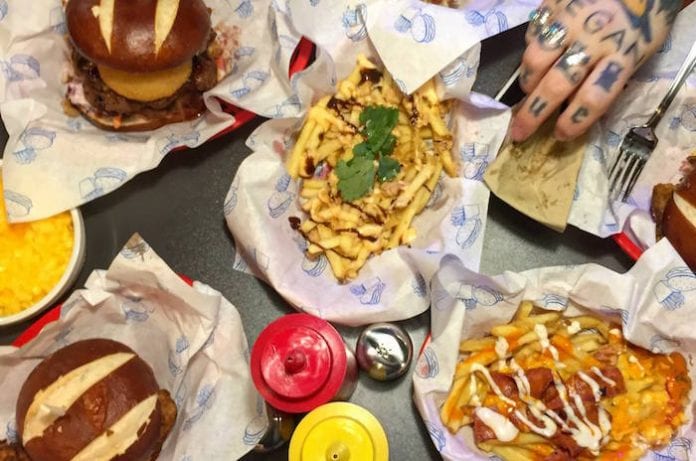 V Rev, named this year Best Vegan Restaurant in the UK at the annual VegFest, has moved to bigger premises in the Northern Quarter.

Don’t believe the stereotypes of vegan food being only salad and little else; V Rev serves creative junk food which is completely animal-free from mac’n’cheez piled burgers, to toasted sarnies, loaded fries, milkshakes and a brand-new addition to the menu – cocktails.

Plant-based alternatives are used in place of meat, dairy and any other animal products.

They’ve even extended their opening hours to a massive 11am-11pm – good news for when you’re out on the town and fancy a takeaway with a twist. Or you can always eat in amidst the chilled-out vibes. 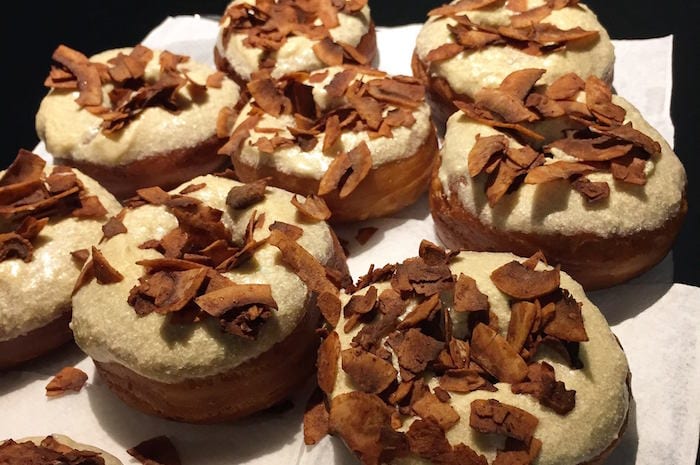 Sweet stuff is on offer all day thanks to the Tender Vegan Bakery which works out of the V Rev kitchens serving up animal-free delights including donuts, baked ‘cheezcakes’, tray bakes and ‘ice creem’ sundaes.

This place is home to some of the most inventive and originally-named food in Manchester with burgers such as the Hell-vis Presley (featuring vegan ‘baecon’, peanut butter, banana and pickles), the Gauc to the Future with fried ‘chkn’ and guacamole and fries loaded with vegan ‘cheez’ and sauces.

So what’s the beef? Burger patties are hand-formed in-house out of seitan (or a gluten free alternative) and soy.  The homemade fried ‘chkn’ seitan is triple dipped in ‘buttermalk’, breaded and deep fried so, although it may be hard to believe, everything is 100% vegan. Even the mac’n’cheez is gluten free. And it’s damn good too. 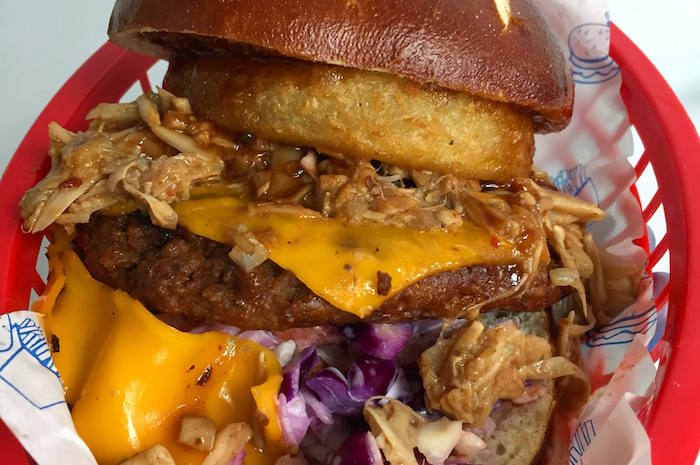 Wash it all down with a cocktail. The Worst PBehaviour combines vodka, strawberry liquor, peanut butter and jam! Beer, ciders, wines and spirits are all available too.

These guys bring make vegan food fun whilst still taking it seriously. No animal products are used here and that includes cleaning products which have not been tested on animals.

The new diner is set to be a big hit. Don’t miss out – go and get your fast food fix.