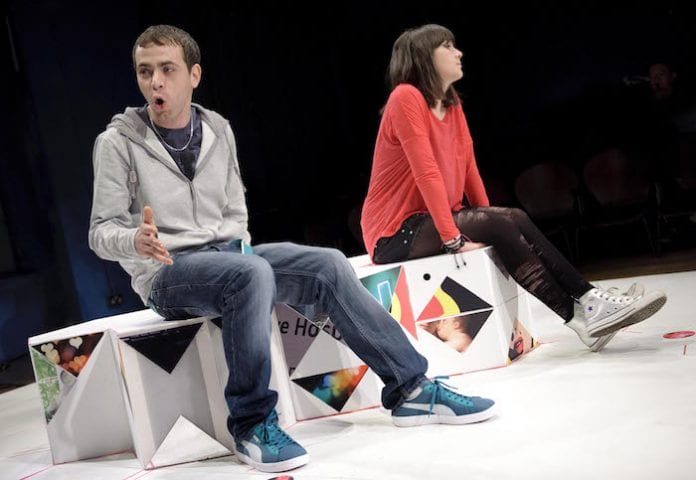 A double bill of plays starring our wonderful city is showing at HOME later this month.

Take Back Theatre’s This Is Where We Are and Monkeywood Theatre’s The Manchester Project explore our city and the people who live and work here.

We caught up with Monkeywood’s Sarah MacDonald-Hughes and Take Back’s Rebekah Harrison to find out more.

“Somehow all of my work seems to explore Manchester in one way or another,” says Sarah. “That’s why we came to the idea of The Manchester Project. Monkeywood are often called a ‘Manchester company’ and we started thinking, what does that actually mean?”

Sarah is especially interested in the idea of place and home, and how where you live and where you’re from matter in terms of your identity.

“Manchester is a brilliant city, but it’s complicated, and it isn’t any one thing,” she says.”That’s what The Manchester Project tries to explore, how it’s a place made up of many people and moments and ideas and energies that all come together to make something that’s difficult to define but definitely there.” 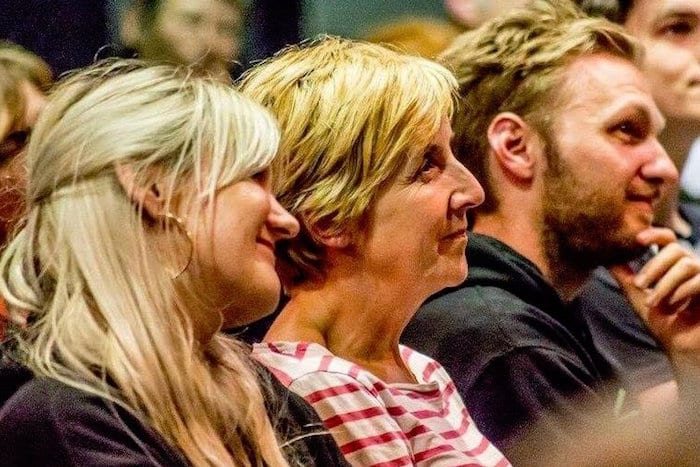 Rebekah, who is one of the three co-founders of Take Back Theatre with Julie Hesmondhalgh and Grant Archer, is inspired by the city’s history and sense of pride.

“I love the fact that there is a huge sense of civic pride in Manchester,” she says. “People are proud to be from Manchester and Greater Manchester – whether that’s by birth or from moving and settling here. I also love the rich political history. It inspires me that ordinary people have brought about change here in the near and distant past, and that we can and will again see change.”

Rebekah wrote This Is Where We Are a year ago. “I entered it into the Bruntwood Prize for Playwriting and it made the final longlist of 40,” she says. “It has a lot to say about the place we find ourselves in currently as a city and asks some important questions.”

Sarah started work on The Manchester Project last June, just after the Arena bomb and the powerful response that followed. “At that time there was a lot of talk on the news about the ‘Manchester spirit’,” she recalls. “We kind of knew what that meant, but we couldn’t articulate it. So we decided to make a show that explored that.”

The Manchester Project was originally performed at HOME in January, and Sarah is excited by the idea of a double bill since both shows explore Manchester in different ways.

“We’re really chuffed to be working with Take Back, who produce brilliant work often about complex and difficult subjects but in a fresh and clear-eyed way,” says Sarah. “Hopefully it’ll be an exciting evening for an audience interested in plays that consider Manchester from different perspectives.”

The pair are passionate about regional theatre, though they don’t always feel it gets the recognition it deserves.

“There are loads of brilliant independent theatre bloggers and reviewers in the north doing great work,” says Sarah, who has recently been impressed by productions of The Big Corner at Bolton and Our Town at the Exchange.

“Over the years we’ve built good relationships with regional reviewers who’ll regularly come to see our work but it took us 15 years of shows to get a review in the Guardian! We just focus on getting audiences through the doors – and especially audiences who are new to the theatre or don’t think theatre is for them. That’s what we’re really interested in.”

Rebekah, who was recently impressed by the “incredibly moving’ Minefield at HOME, believes that “in Manchester we have a range of amazing publications that are reporting on regional theatre and are reaching the audiences who will hopefully then come and see the work.

“That said, I think theatre isn’t getting the coverage it deserves full stop,” she says. “Throughout history, in times of flux the arts have had something important to say in the conversation to move things forward, and it’s a shame that now isn’t being given the space it deserves.” 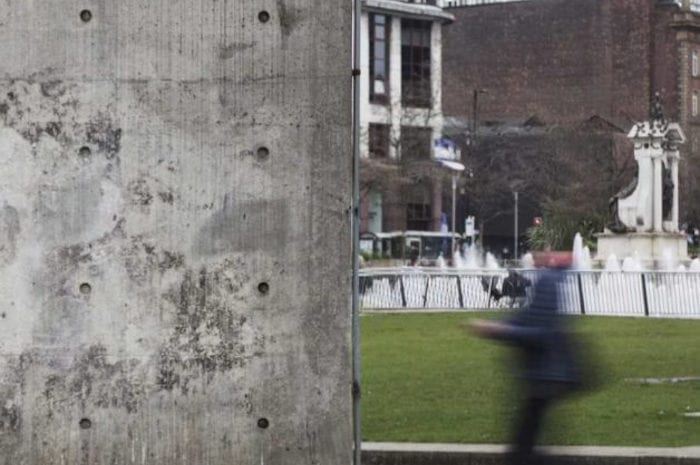 What are the pair’s thoughts on Piccadilly Gardens, the setting for This Is Where We Are?

“I love that it is a place where the city meets,” says Rebekah. “You get people from all walks of life coming together. I know it’s not perfect, but I love how one side you can have a protest happening, while in the fountains there’s kids playing in the water and in between the city cutting through to get home. I go there quite a lot to write.”

“I definitely don’t hate it, although it’s become a difficult place in some ways and it needs a change,” says Sarah. “You often hear people harking back to when it was the Victorian sunken gardens, as if that was the glory days. But when I was a kid, none of us walked through Piccadilly Gardens then because so many people got mugged there.

“Mind you, we used to love it when the fair used to come, you’d risk it then. It’d be great if it could become an open green space that people could use again, but I can see how making that happen is complicated.”

And why should viewers come to see the double-bill?

Monkeywood Theatre and Take Back Theatre presents Double Bill: The Manchester Project & This Is Where We Are at HOME from 27 – 28 June.