Manchester’s got everything except a beach – and a Michelin Star 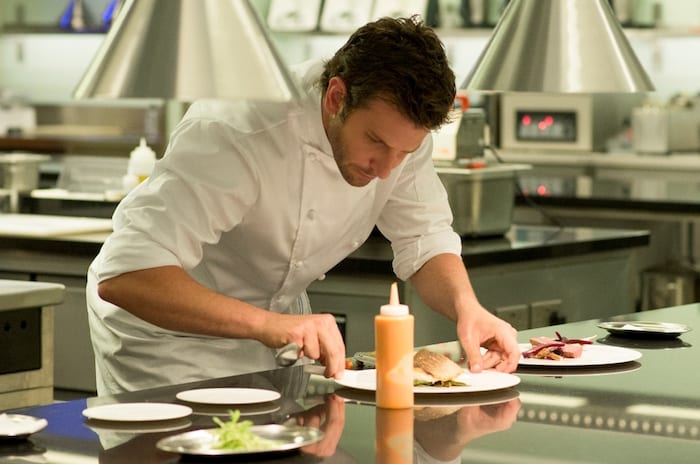 Here we go again. Another year, another snub from the Michelin Guide for Manchester’s top restaurants. Just like last year and the year before that. In fact it’s been the same story ever since the ownership of the Midland passed from British Transport Hotels to Holiday Inns (as the preposterously monickered Crowne Plaza) in the mid-1970s. The late Gilbert Lefèvre, the executive chef, lost his job and Manchester lost its last Michelin star.

Reactions have ranged from “why have they got it in for us?” to “do we really give a monkeys?” over the last few years. But perhaps the angst really stems from the belief that for the last three years or so, Manchester has fielded a couple of genuine contenders in Simon Rogan’s The French, now under the command of his able protégé Adam Reid, and Manchester House with Aiden Byrne at the helm.

Let’s face it, prior to their emergence,  a Michelin star wasn’t just elusive but totally out of reach.

This latest failure, however, is slightly different in that the editor of the Michelin Guide seems to have felt the need to offer an explanation – of sorts – for the judges’ decision to overlook the city once again.

In the wider context that’s something of a plus because its a tacit admission that Manchester is an important city. And so it is except, as Rebecca Burr makes plain, in the field of stellar haute cuisine. For now.

“While it’s great that there’s a campaign that the good people of Manchester are getting behind, we went to Manchester this year and didn’t see it [star quality],” she told Big Hospitality. “Everybody’s got an opinion but today was our opinion. I think it’s great that everyone is on board and wants to see something in Manchester – but we didn’t find it.”

Plain speaking and that’s fair enough. It’s Michelin’s call. Does it matter? Well, yes it does for the perceived prestige of the city that claims to be England’s second after London. A star for Manchester might also stick in Giles Coren’s craw and shut him up for a while (though I doubt it).

And, I suppose, it matters to ambitious chefs. As a master of the kitchen once told me: “A Michelin star looks great on your CV but it’s a eulogistic entry in the Good Food Guide that really fills your restaurant.”

Over time I have eaten in most of the Michelin-starred restaurants closest to Manchester – Northcote at Langho, Simon Radley at the Chester Grosvenor, Fraiche in Oxton, Fischer’s of Baslow and the newly accoladed Forest Side in Grasmere and the truth is that I would put all of them above Manchester’s finest in terms of inventiveness, provenance of ingredients and perhaps above all, service.

And here’s the rub. It’s no disrespect to Manchester’s restaurant customers to guess that they are the least worried about the city’s lack of a Michelin star. We live in a place where the zeitgeist is overwhelmingly shaped by the young. There are something like 45,000 students in Manchester, few of whom fret about the lack of a nationally acclaimed restaurant where the cost of dinner for two might in all probability top £200. The growing population in the city centre is also a good deal younger than the profile of your average Michelin star diner.

It’s their preferences that have shaped Manchester’s hospitality – brash bars, casual dining. The kind of scene catered for so brilliantly by the late Tim Bacon’s Living Ventures and Carlo Distefano’s massively popular San Carlo group, and there’s absolutely nothing wrong with that. It’s what Manchester does. In fact Manchester does it so well that both operations have found huge national success.

The downside –  if the lack of a Michelin star can be construed as a downside – is that this youthful culture can actually be a deterrent to people likely to have the means to sustain an expensive Michelin restaurant from leaving the leafier suburbs for a night in the city centre.

Local transport doesn’t help much either. Couple all that with the demise of the long lunch – or for many, any kind of lunch – and all the hand-wringing over a star seems pretty pointless.

Much more in keeping with what Manchester is about is the award of a Michelin Bib Gourmand – which recognises exceptionally good food at moderate prices – to the King Street tapas restaurant El Gato Negro. Congratulations to them – and to the Brassica Grill in Heaton Moor with the same accolade. Let’s hope there’ll be many more.

Read More »
September 26, 2020
PrevHave you read?Manchester Arndale unveils giant mural artwork to honour heroes of Rio
Next read...Poetry Not Poverty! An evening of poetry and beer in Albert SquareNext