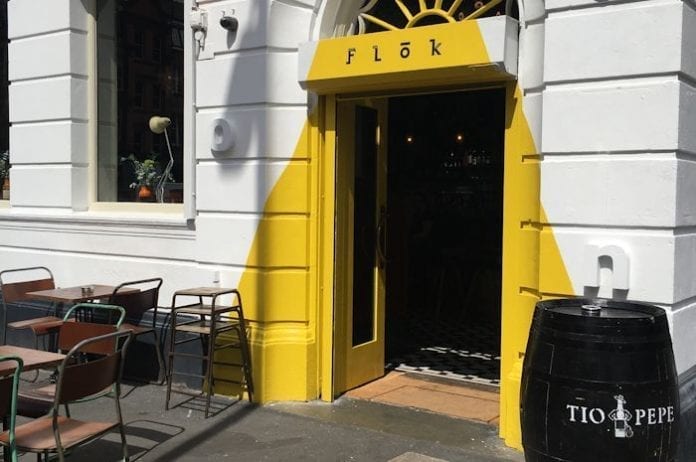 The Northern Quarter has long been considered Manchester’s most vibrant, independent district, but that reputation has taken a bit of a knock over the last couple of years.

Mercifully, Starbuck’s giant Christmas mural hasn’t led to the US chain moving into the area yet, but in recent times places like Lupo, Another Heart to Feed, Rudy’s, Ancoats General Store and Squid Ink have out-Northern Quartered the NQ in terms of quirkiness, originality and most importantly of all, execution.

Some of them aren’t exactly reinventing the wheel, but they’ve been done really well – something it’s hard to say about one or two other places which have opened over the last few years.

But when we heard a sherry bar from Wine & Wallop was coming to the NQ, hopes were raised once again.

Located in Stevenson Square, the most European-feeling part of the Northern Quarter, Flok has been consistently busy since it opened – and we can’t see that changing. I had intended, rather naively, to review it at a later date, but after spending five hours in there on Friday, it’s fair to say my mind has been made up. 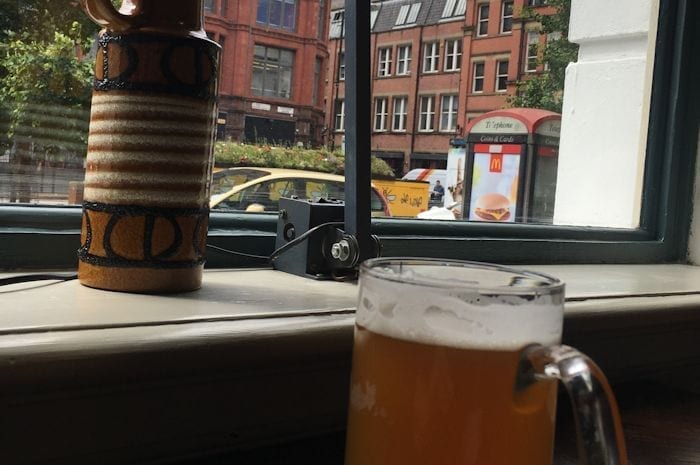 Before you ask, it wasn’t just the booze, but let’s start with the decor.

Aesthetically, the owners have played on the natural beauty of these big old Northern Quarter buildings. High ceilings, exposed brick, comfortable booths and a utilitarian bar make for a relaxed and unfussy experience – something that developers ought to take a note of before demolishing buildings in this part of town.

A strong range of sherry, Madeira and port sits alongside a beautiful selection of old and new world wines. No prescriptivism, just choice.

In terms of beer, the keg lines are largely taken by lager with the odd exception. On this occasion, a Wiper and True DIPA was on tap.

Somewhat surprisingly, there was a significant cask line-up including Siren and Northern Monk. Not a selection that will have beer lovers flocking – no pun intended – from the NQ’s other craft beer bars, but again, a considered selection. 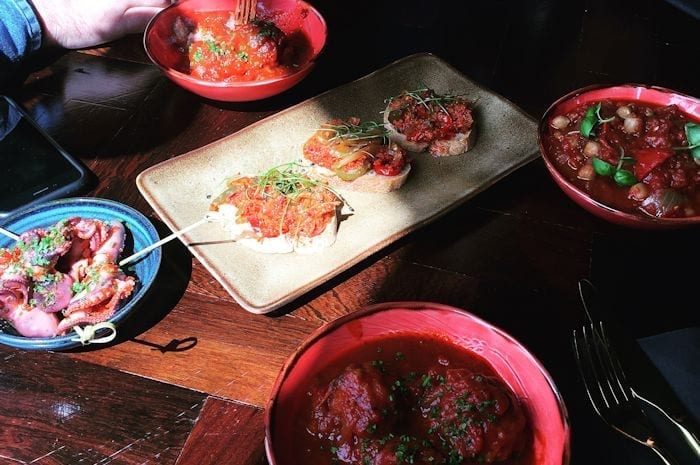 The food may not be the big selling point here but Flok puts on a good selection of tapas- style small plates, the meatballs and baby squid being a welcome accompaniment to our drinks.

As we’ve seen elsewhere, small plates doesn’t mean small prices. £8 or so for four meatballs is no bargain but for a place of the size where covers are never going to be that high, it’s sustainable and understandable.

The Northern Quarter continues to be a big draw for the weekend crowds, but if you want a grown-up and classy offering amongst the rowdiness, Flok is your new go-to.