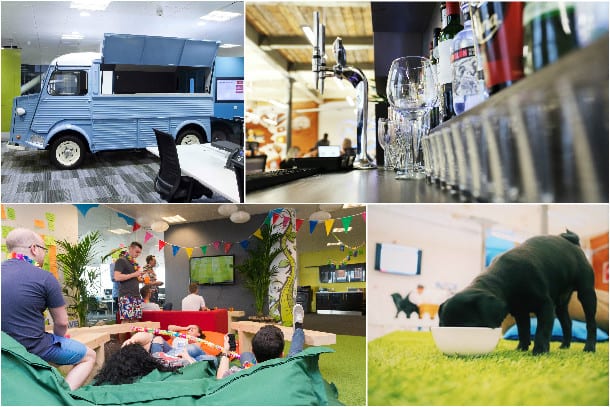 Recent studies have shown that positive work cultures are more productive, foster creativity and forge a highly efficient workforce. With this in mind, Kevin Benson spoke to people who work in some of Manchester’s coolest offices.

“Creativity rarely comes sat at a desk in front of a computer.”

Manchester is experiencing a cultural and economic renaissance. The skyline is evolving at a rapid pace and with major investment in infrastructure, the city is becoming a very exciting place to be, particularly for businesses in the creative sector.

Paul Harris, co-founder and CMO at Bright HR believes developments like Media City are having a huge impact on Manchester and are reshaping the local economy.

“It’s bringing the centre of gravity in the UK’s creative industry increasingly further north. Manchester is ideally placed to benefit from government’s commitment to HS2, the Northern Powerhouse and the discussions about increasing connectivity between northern cities,” says Paul.

Peter Daly, Marketing Executive at Social Chain, says: “The digital sector has largely helped shape this, as a rise in creative agencies being born in the city has resulted in Manchester becoming a very attractive business location.” 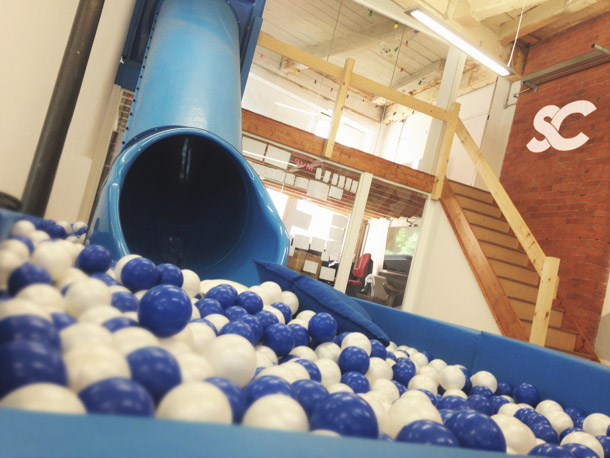 Creative agencies are certainly thriving in Manchester, but why are businesses taking a different approach to the working environment they provide for their staff and taking the bold, and in some cases expensive, step of redesigning their offices to provide a vibrant workplace for their staff?

“It’s the Millennials’ way of thinking. This demographic exists in a connected world and they are demanding a workplace that reminds them of home.

“It’s definitely an upward trend. Company culture is hugely important to many SME’s nowadays because they have to be much more visible from the outside-in. The way a company is perceived from the outside has a dramatic impact on the growth and popularity of that company in terms of employing the right kind of people,” he adds.

This notion of providing the right environment for staff clearly has its benefits, as Ryan Cheyne, People Director at Rentalcars.com explains: “Providing colleagues with the right tools to do their jobs allows them to work more efficiently. They feel good about where they work and this adds to their willingness and ability to do good work. The tools are the most important thing with the environment acting like the icing on the cake.” 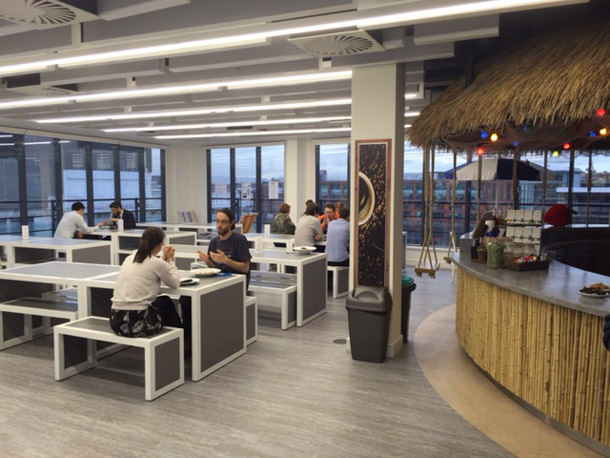 So, what makes up the right environment to work in? In my discussions with various companies one or two phrases consistently came up – touchdown zones and breakout rooms. But what do they mean by this?

Ryan explains: “The breakout rooms and touchdown zones are designed to create a relaxed environment where groups of colleagues can either get away from their desks physically and emotionally, providing a place where they can go and think differently. Creativity rarely comes sat at a desk in front of a computer.”

Christos Tsaprounis, Head of Talent at Auto Trader UK explains the reasoning behind the transformation of their offices in Manchester:

“We have created an office space that encourages innovation through collaboration across our diverse teams. You can write on walls, scribble on the various cars we have across the floors, have a stand-up meeting around one of our touch screens or simply bounce ideas off each other while playing pool.” 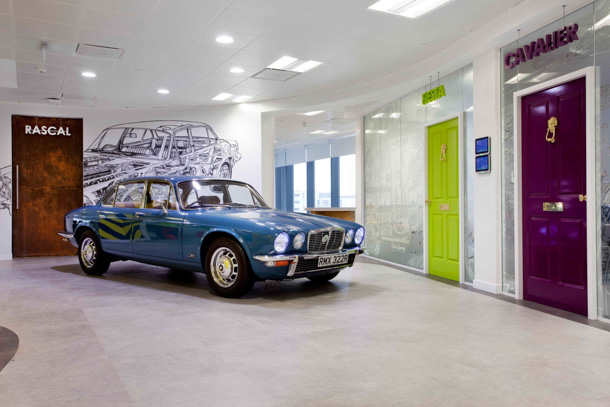 While this all sounds great for the employees, that notion of how a company is perceived from the outside is a hugely important factor when thinking about office design.

“We always give guests the full tour of the office. There’s a positive vibe in the way we interact with our customers. If anyone comes for a job interview, what they see makes them think a little more about how exciting it might be to work for us.”

“We have yet to receive a muted response from a guest,” says Peter Daly. “They are always greeted by the puppies, Louie and Bruce, so we get great reactions from all different personalities. I mean come on, who doesn’t like dogs!!” 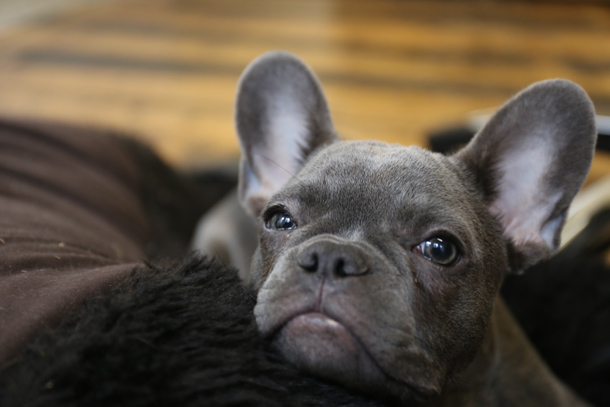 Well, cat people maybe, but it’s true, puppies must have an effect on the workplace like no other.

To give you an idea of the kind of fun employees at these companies, and others bucking the trend in Manchester, I asked them to provide me with a few examples of their favourite features in the office.

The team at Code ComputerLove are currently in the process of kitting out their new home in the heart of the Northern Quarter.

CEO Tony Foggett says: “The layout and features very much centre around the way we work (in collaborative client-centric teams) and support our culture, so the key features include a post-it note vending machine, a war room and team zones including dens, campfires and a snug with games and media areas. 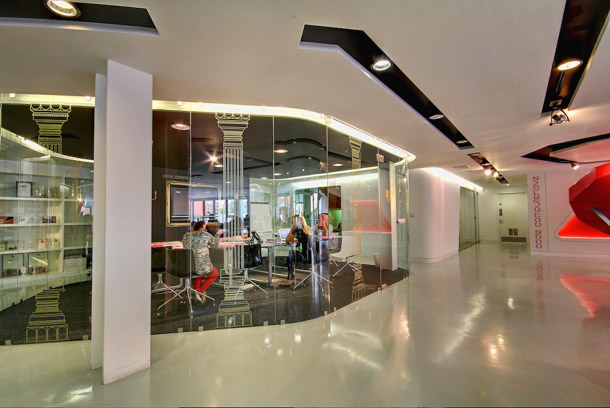 For Paul Harris, it’s the beanstalk in the centre of the Bright HR office. “It’s definitely the best feature; we feel it really embodies everything we want for our office culture.”

“The feature I love best is the indoor garden,” says Natalie Fayle. “I’ve been working at Melbourne for about a year now and from the tables on the grass to the white picket fence and the flower bed, it’s by far the prettiest spot in the office.”

“My personal favourites are the James Bond room complete with a white cat,” says Ryan Cheyne. “Times Square is a stunning room great for group work and our canteen is The Beach with great food, deck chairs and a mustang pool table.”

If you thought those features were great, Auto Trader takes some beating.

“Some would say our best feature is the retro ice-cream van or our ski lodge with the north’s comfiest couches, but it has to be our people. They make our office environment truly awesome with their uniqueness,” says Christos Tsaprounis.

A touching sentiment from Mr Tsaprounis, but can anything top ice cream (apart from hundreds and thousands or maybe raspberry sauce)?

“We have our very own bar in the office, always fully stocked with the finest liquor and beers on tap,” says Peter Daly.

It’s making me cringe with jealousy, but that really is just cool!

This Fountain Street barbershop is the city’s best-kept secret – with...