Group, Family and Individual Tickets are on sale now! 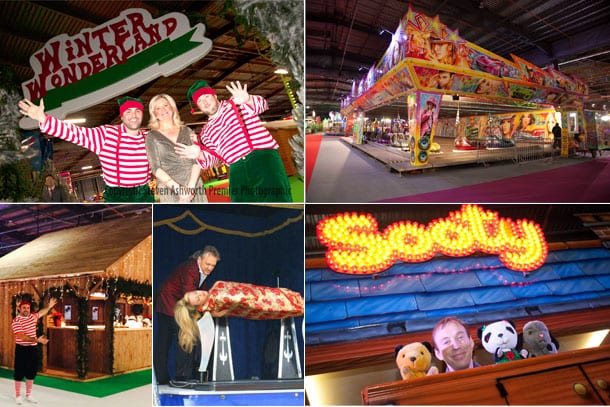 Winter Wonderland, Manchester’s biggest indoor Christmas theme park at Event City, is back this year and promises to be even bigger and better than ever.

Returning for its third consecutive year from Sat 12 December 2015 – Sun 3 January 2016, Winter Wonderland Manchester will take over EventCity next to the Intu Trafford Centre with group, family and individual tickets on sale now.

“…growing from
35,000 in year one
and rising to 50,000
visitors in 2014, the
organisers anticipate
even larger numbers
in 2015 as it
becomes a firm
favourite on
Manchester’s event
calendar.”

The mammoth 22,000 sq m exhibition space will be transformed into an unbelievable wonderland extravaganza, featuring more than 40 family rides and attractions all under one roof – including new rides for 2015, and all included in one ticket price.

This year there will be a brand new stage featuring fabulous festive shows including a dazzling ice princess show which is sure to capture the hearts of your little princes and princesses.

Throughout the season, ice princesses will be performing favourite children’s songs to the backdrop of wonderful wintry scenes complete with falling snowflakes. Meanwhile, the Little Mermaid will serenade visitors with her fishy tales of the sea.

Why not let your little ones dress up as their favourite fairytale or movie characters? There will be lots of familiar faces from TV and film wandering around and plenty of shows to delight their imagination – all included in the ticket price!

As well as the rides and the bright lights, there is a brand new addition for 2015 with The Magical Van Buren Show, a fun & unique mix of magic, illusions, escapology, circus skills and a few surprises thrown in too from master magician Andrew Van Buren, who has performed at the Blackpool Tower Circus, TheBrit Awards and The Royal Albert Hall.

And back by popular demand is everyone’s favourite TV bear – The Sooty Show! TV puppets Sooty, Sweep and Soo will entertain you along with presenter Richard Cadell at their live shows running throughout the day where you can expect magic, mischief and a little bit of mayhem. 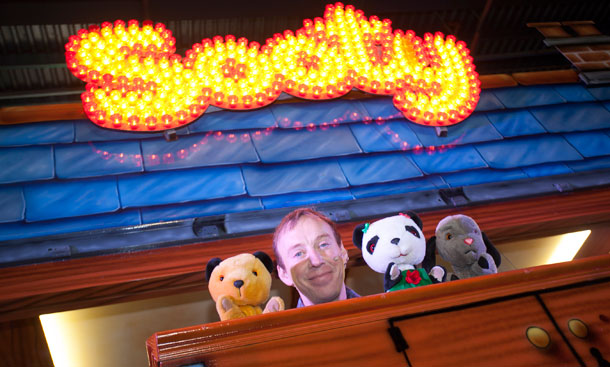 The spectacular Christmas Circus also makes a welcome return seating over 700 people per show, delivering the finest collection of circus acts that will leave everyone marvelled and amazed with daily performances.

No Christmas would be complete without a visit from Santa Claus complete with real reindeers, who will be taking time out of his busy schedule for free meet and greets with all the children, every day up to and including Christmas Eve.

If that’s not enough, each session will begin with a big countdown to enter the Winter Wonderland adventure, filled with stilt walkers, Christmas fairies, giant candy canes and fun fairy-tale characters. There will also be a whole host of games stalls and a vast array of food and drinks stalls to purchase refreshments including hot snacks and sweet treats.

Winter Wonderland has proved hugely successful since opening in 2013 growing from 35,000 in year one and rising to 50,000 visitors in 2014, the organisers anticipate even larger numbers in 2015 as it becomes a firm favourite on Manchester’s event calendar.

In 2014 it contributed to Greater Manchester achieving its strongest year for hotel average occupancy since records began – with a record high of 77 percent, and was reported that the opening weekend of Winter Wonderland led to the highest peak of the year achieving 99 per cent.

Winter Wonderland operates on a session basis to ensure visitors can enjoy the experience without overcrowding. Tickets to this event are limited and we strongly advise that tickets are booked early to avoid disappointment. Do not miss the Christmas event of the year the official Winter Wonderland at EventCity from 12 December 2015 – 3 January 2016.

EventCity (Next to Intu Trafford Centre)

All rides and attractions are included in the ticket price (excluding games and food stalls) and each session lasts for 4 hours.