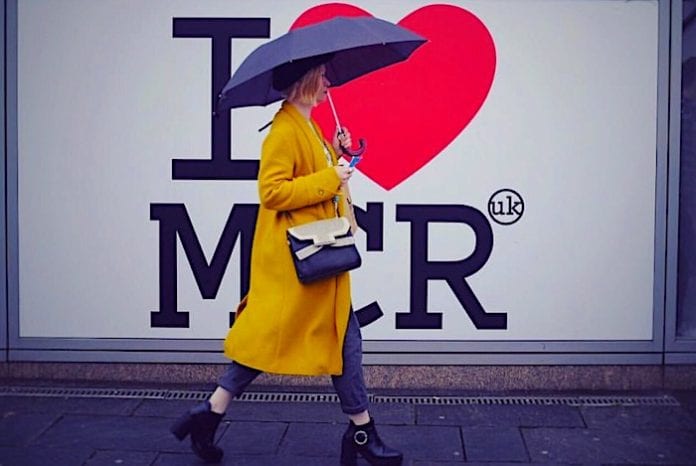 Anyone who has lived in Manchester knows the weather is changeable. One minute it’s throwing it down. Next minute it’s glorious sunshine.

What we learnt this weekend is that it’s actually impossible to forecast.

The forecast for Saturday and Sunday was good – no rain, lots of sunshine, and temperatures in the low twenties. Perfect late summer weather. (It’s officially summer until 23rd September).

And what did we get on Saturday? No rain, lots of sunshine, and temperatures in the low twenties – perfect weather for the final stage of the Tour of Britain, which, in case you’re not a cycling fan, came to Greater Manchester.

So we could be forgiven for thinking that on Sunday we would wake up to a cloudless sky and could look forward to another dry day with plenty of sunshine.

And what did we get? Temperatures 5° lower than Saturday and lots of rain. So much for the short-term weather forecast.

If they can’t accurately forecast the weather a couple of days in advance, why should we believe them when they are predicting that this autumn will be one of the hottest in a century and that it will be followed by one of the coldest winters in 30 years?

The lesson from this weekend is this. Don’t make any plans based on the weather forecast. Because the only thing that’s predictable about the Manchester weather is its unpredictability.

PS The weather forecast for this week is that it’s going to be warm and dry – so don’t leave home without that umbrella.