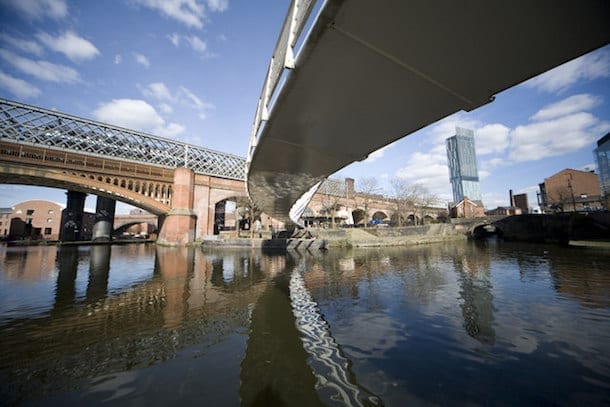 Manchester Water Taxis has been awarded a licence to operate two boats on the Bridgewater Canal.

Owner Steven Cadwell has signed a two year deal with Peel Holdings for the boats – or waxis – to carry up to 12 passengers at a time along the canal between Dukes 92 in Castlefield and the Trafford Centre via Old Trafford.

Mr Cadwell plans to launch the service for the opening of MediaCityUK in 2010 were scuppered when Network Rail opened the Ordsall Chord to link Manchester Piccadilly and Victoria stations.

The service is scheduled to start later this year.

The Bridgewater Canal was the world’s first commercial canal. It was built to carry coal from the Duke of Bridgewater’s coal mine at Worsley cheaply to the rapidly expanding towns and cities nearby. Work started in September 1760 and it opened for business in July the following year.

The canal is a strategic link between the north and south canal network and features one of the so-called Seven Wonders of the Waterways, the Barton Swing Aqueduct which passes over the Manchester Ship Canal.