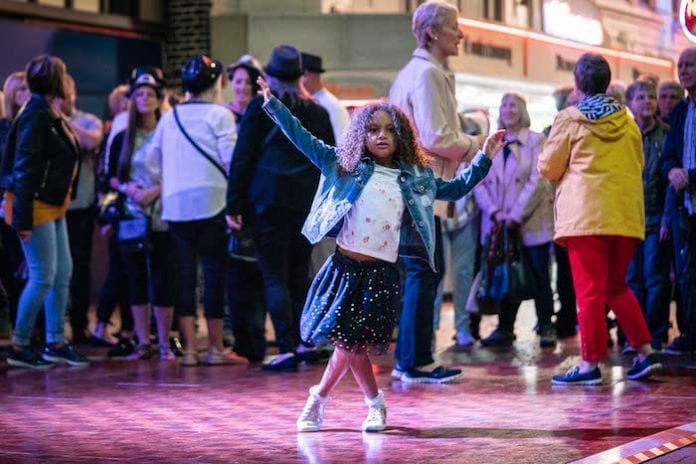 The fifth annual Manchester Soul Festival is coming to The Printworks this weekend, attracting Soul, Northern and Motown fans from throughout the region as well as further afield.

The lineup has now been announced, and features Stax of Soul, Babalola, the Rumble Fat Band, Soul Temptations and singer Ben Brierley amongst the headliners on the Frank Byrne stage this year.

Stax of Soul are the UK’s leading soul and Motown band, and were invited to play at Corrie star Catherine Tyldesley’s wedding in 2016. Singer Stuart Widdall once famously shared a stage with Motown artist Edwin Starr, known for his number one hit version of War. And Ben Brierley, known as the Soul Man, is a well regarded singer of the Motown and Northern Soul Classics. 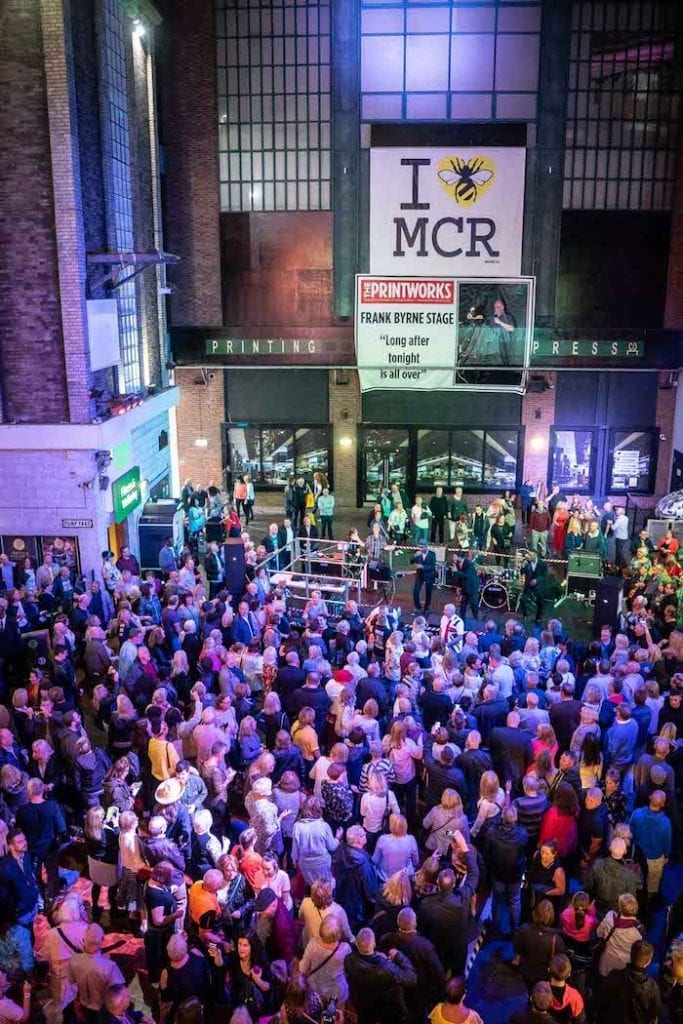 The Frank Byrne stage, situated in the Pump Yard, is named in memory of the DJ and Manchester legend who devoted himself to the Soul scene for over thirty years.

Frank created the festival in thanks to The Christie for taking care of him as he battled with oesophageal cancer. He worked tirelessly to make it a success until he sadly passed away in 2015.

As well as the big names, Printworks’ venues including Walkabout, Waxy O’Connors, Yates’, NY By Night, Bierkeller and Hard Rock Cafe will host a wide range of Soul, Northern and Motown acts, including bands, solo artists and well-known DJs such as Dave Starr and Fay L Jones. 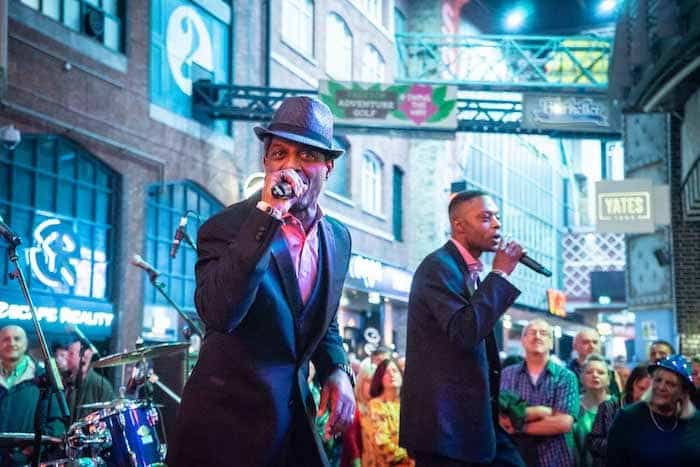 A valid wristband means you can take advantage of a range of exclusive offers, too, including two cocktail pitchers for just £12 at The Seven Stars, 25% off food at Chiquito and NY By Night, 20% off the main food menu at Frankie & Benny’s and Waxy O’Connor’s, 20% off food and drink at Walkabout, five Heinekens for £15 at Yates’, a £10 buffet at Peachy Keens, and half-price cocktails at Eden from 5pm – 9pm. There are also lunch deals at O’Neill’s and Eden.

Plus, with the Manchester Soul Festival programme, which will be available on the day, you’ll get a complimentary Hard Rock gift when you spend £25 in Hard Rock Cafe Manchester’s Rock Shop.

Over the past four years, Printworks has dedicated August Bank Holiday Sunday to raising vital funds for The Christie, and has already raised more than £100,000.

Last year the festival saw over 50,000 people come together to keep the nostalgia of Soul alive. This year, it intends to be bigger than ever.

Printworks is open from noon until late, and tickets are only £5 with all proceeds going to The Christie. You can make your donation and secure your wristband here. 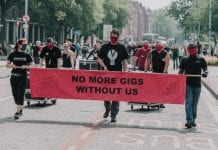 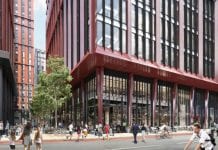