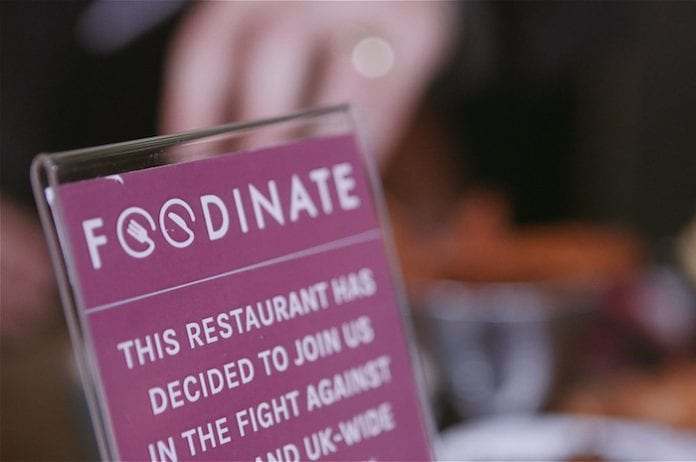 Foodinate is a Manchester social enterprise which aims to create a sustainable impact on food poverty in the UK by ensuring that every Foodinate-branded meal bought in a participating restaurant results in a meal for a local person in need.

Since launching its pilot study in September 2015, the innovative not-for-profit organisation has secured 3,147 meals for homeless people which are served at the Booth Centre in Manchester city centre.

Each restaurant signed up to the Foodinate scheme agrees to cover the cost of the donated meal. All the diner has to do is order a meal from the menu that’s been marked with a Foodinate logo, and a pre-selected local food-giving charity will provide a hot, nourishing meal for someone in need.

Participating food outlets include Penelope’s Deli in Media City, George’s Dining Room and Bar in Worsley,  Bangers and Bacon and Well Hung based in The Kitchens in Spinningfields and No.1 Watson Street in Great Northern Square.

Following its success in Manchester, Foodinate is now looking to expand nationally by forming partnerships with restaurant chains across the UK. 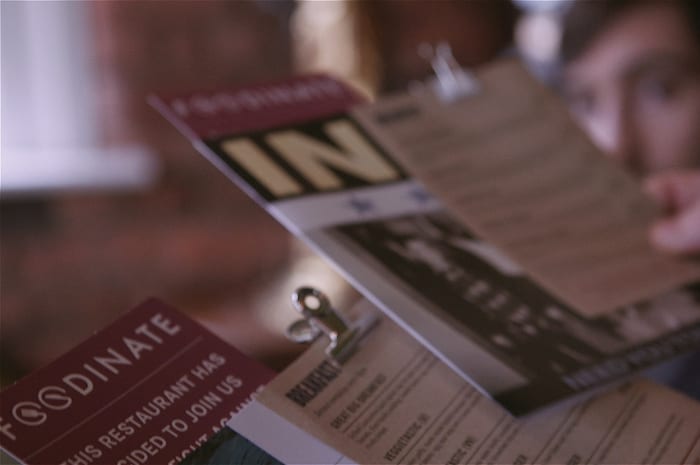 Foodinate’s 24 year old founder Caroline Stevenson came up with the idea for Foodinate after seeing first hand that the level of need had increased:

“Growing up in Manchester, I I felt so angry seeing the increasing number of people sleeping by the sides of the road, begging for money and food.  It’s crazy to think that we live in the seventh richest country in the world, yet more than 13 million people are living below the poverty line. With 1 in 6 parents in the UK reporting having gone without food themselves so they can afford to feed their families, I knew there was a social need for my venture. I wanted to create a sustainable impact on this enormous issue and Foodinate aims to do just that.”

Caroline was named Entrepreneur of the Year at the free2network business awards in 2015 and has since secured a place on the world’s largest free business accelerator programme, Entrepreneurial Spark. Since moving onto the programme, Caroline participated in ‘Acceler-8’ – a highlight event celebrating the achievements of businesses so far, in which Foodinate was awarded £2,000 as a winner of the ‘Go Do’ award. She was also selected for the ‘Top 50 Future List’ and a ‘One to Watch’ finalist at the Northern Power Women awards and has been recently shortlisted for an Enterprise Vision Award, as well as the RBS and NatWest’s ‘Boost a Business’ competition, which will see Caroline have the opportunity to pitch against the other four nominees in return for £2,500 investment in Foodinate.