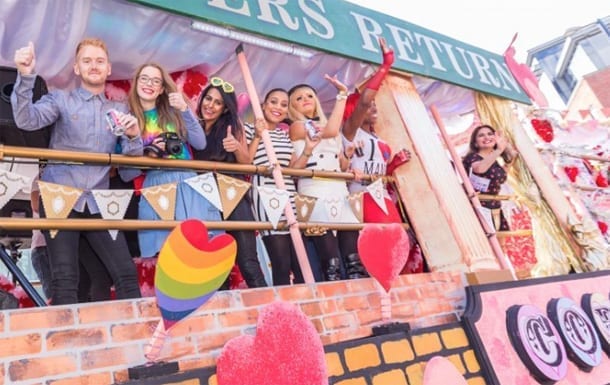 Every year Manchester Pride takes the city by storm as people come together to celebrate the annual LGBT festival. Lots of businesses and organisations get involved to raise awareness and money for good causes. The theme of this year’s festival is Once Upon a Time and applications are being invited from organisations wanting to take part in the parade.  Think fairy tales, daydreaming and a whole load of sparkle!

The Parade will start on Liverpool Road, passing by the Town Hall and the Gay Village before finishing on Whitworth Street. In recent years it has been led by some of the most prominent faces in the LGBT world, including Orange Is The New Black actress Lea DeLaria and national treasure Sir Ian McKellen. This year the big weekend is being supported by  Will Young, Heather Peace, Judge Jules and the cast of Corrie.

Manchester Pride Mark Fletcher chief executive says: “As we reflect on years gone by in our wonderful city, we recognise many stories, moments, events and occasions that have occurred in order to allow us to reach the level of freedom that our LGBT communities enjoy today. Once Upon a Time allows us to look back, reflect and plan the next steps for the advancement of LGBT equality.”

Tickets are also on sale for anyone who wants to participate in the event and help raise awareness. Everyone is welcome as long as you bring your glitz and glam!