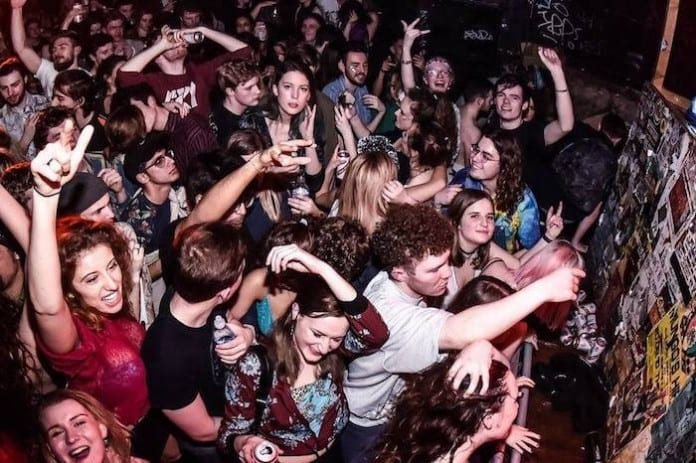 Manchester has the largest student population outside of London in the UK with more than 100,000 freshers estimated to have started at institutions across the city at the beginning of the academic year.

Manchester is famous for its nightlife, especially for students.

There’s something for everyone to enjoy. Whether you’re a fan of punk, rock, a bit of Britpop or 90s Madchester Acid House, there will be club night and venue to suit you.

There’s plenty of music at the cutting edge too, from the latest DJ sets to new electronic anthems.

Many music venues which have created some great memories for people have closed their doors and they can be quick to complain.

But as a recent article by Dave Haslam shows, as one door closes, another door opens. As the city changes, so does its culture, and the expansion of venues to increasingly off-the-wall locations is something students can make the most of.

In Manchester you can make an adventure of a night out. Party across three floors in a factory (Hidden), an industrial unit on the edge of Salford (The White Hotel), an upstairs and underfloor co-operative arts space (Partisan Collective) or the eerie Antwerp Mansion.

They may be a little out of the way but make the most of that student travel pass and you’ll be fine.

There are also unique established venues with regular music line-ups including the Victoria Warehouse, Islington Mill and the former Wesleyan chapel that is the Albert Hall. And, eyes down, the Albert Hall even hosts a bingo rave from time to time – Bongo’s Bingo – with upcoming events on the 19 January and a Vengaboys special on the 26 January.

But if eccentric Dutch Eurodance isn’t your thing, don’t worry. There are plenty of regular club nights you can make the most of.

Work it on Wednesdays with Rotate at The Venue where they serve £1.50 drinks and £1 shots all night, complete with a Courteeners disco.

Fine Wine is a Thursday night line-up of afrobeat and trap music at The Deaf Institute, a historic venue super-close to MMU.

Is 2018 going to be a tough year for Manchester’s night-time scene?

Other nights worth mentioning are Juicy at Joshua Brooks, Back By Demand at Fifth Avenue and, for a Friday feeling you won’t forget, The Mint Lounge turns into Top of The Pops Manchester from 10.30pm.

And you’ve probably seen fliers around town for rock ’n’ roll night Remake Remodel at Soup Kitchen and Electric Jug at the Night and Day cafe.

Bollox is one of the biggest nights for queer and alternative culture, and there’s HomoElectric and the upcoming event Anointed at AATMA in the Northern Quarter, with a deliciously dark mixture of indie, alternative and electronic music you can dance to.

If you prefer partying at the weekend, there’s Enclosure at Tiger Tiger, with free entry and a massive crowd every Saturday at this massive Printworks bar.

An upcoming series of events to look forward to are Flash Saturdays at the Milton Club. Starting on 3rd February, this will be a party night complete with confetti cannons and special effects.

Every Friday and Saturday night, Dive NQ is open until 5am, playing an eclectic mix of pop, indie, old school, Rn’B and everything in between.

There’s also the fantastically macabre Feeling Gloomy every second Saturday of the month at new venue Night People on Princess Street. It’s an evening of melancholic melodies from the likes of The Cure and David Bowie. Come and cry here rather than in the Library.

Or you can cry along to metal and hardcore music in Satans Hollow just down the street. It’s the ultimate place for afterparties too.

And if you think that sounds strange, it doesn’t stop there. Student life offers you the opportunity to experience the weird, wonderful and downright wacky.

Come along to the cult TV and movie-themed fab Cafe on Portland Street which is kitted out with Pac Man tables and Doctor Who models. Here they’ve hosted Geek Night, Gaming Tuesdays and Fish Finger Fridays from 4pm.

Drink a cocktail out of a treasure chest in the crazy Tiki Bar Zombie Shack and play some even crazier golf at the indoor adventure of Junkyard Golf on First Street.

And there’s lots of live music too which is not to be missed.

There is an ongoing series of nights created by punk legend Ian Moss at the Peer Hat in the Northern Quarter and an upcoming special is This Feeling Big in 2018 on Sunday 21 January at Jimmy’s – featuring acts destined to make an impact this year including Wulfman Fury, The Jade Assembly, Generation and The Racket.

And if that isn’t music to your ears you can opt for something different with a number of open mic nights featuring everything from acoustic acts to stand-up and cool cultural hotspots you can sip a coffee in till surprisingly late including HOME and Ziferblat.

Just be sure to leave some time for your studies in there somewhere. 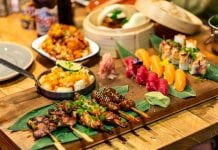 Get 50% off Asian street food all month at this NQ dive bar – including we...