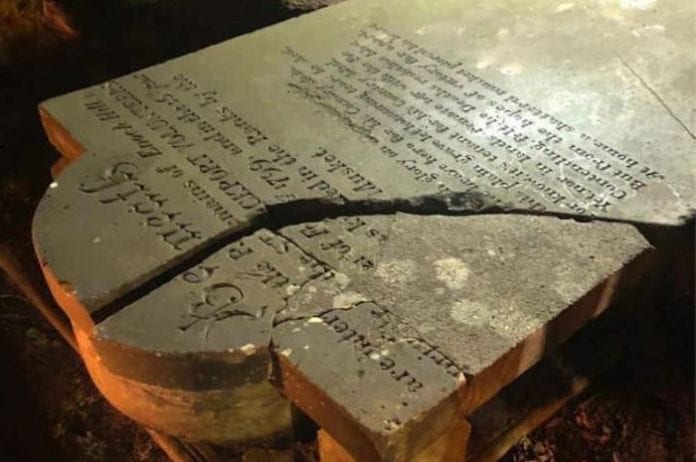 If you’re looking to get spooked this Halloween, Flecky Bennett’s your man.

Described as the ‘Ghost Walker Extraordinaire’, his performances around Manchester’s scariest spots are often sold out weeks in advance. That’s probably because he offers something a little different to audiences.

He has a musical codpiece, for one.

“It’s so I have my own soundtrack blasting out as I walk around,” says Ian Waring, a former rock singer turned actor who created the gothic red-eyed Flecky Bennett character 10 years ago.

During the walks and experiences, which last up to two hours, there are sound and lighting effects, and even some dry ice. There’s also plenty of innuendo and interaction with the 30-strong audiences. 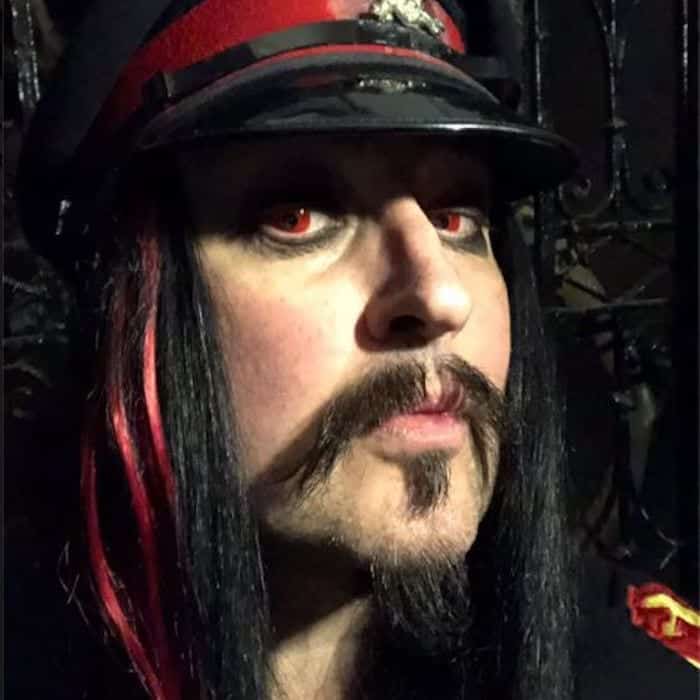 “I like to grab them by the scruff of the neck and then spit them out at the end,” as he puts it. “It’s all eye contact and I get people to play parts. The audience love that and always get involved with what’s thrown at them.

“I find because Flecky’s comedic and cheeky, and because people laugh when they’re frightened, everyone’s having fun. It’s a bit like watching a horror film when you hide behind the cushions for some parts. I don’t jump out at people, nothing like that. I make sure it’s honest and everything’s up front.”

That includes the scary ghost stories he regales.

“The stories have to be documented or based on someone’s personal account, otherwise the audience would feel cheated if I said at the end it was all made up,” says Ian.

Some of his favourites involve the headless dog spotted between the graveyards of St Ann’s Church (“a hidden gem”) and Manchester Cathedral, and the story of Hannah Beswick, who became known as the Manchester Mummy. She was so scared of being buried alive, she instructed that her body be kept above ground so people could continue to check for signs of life. 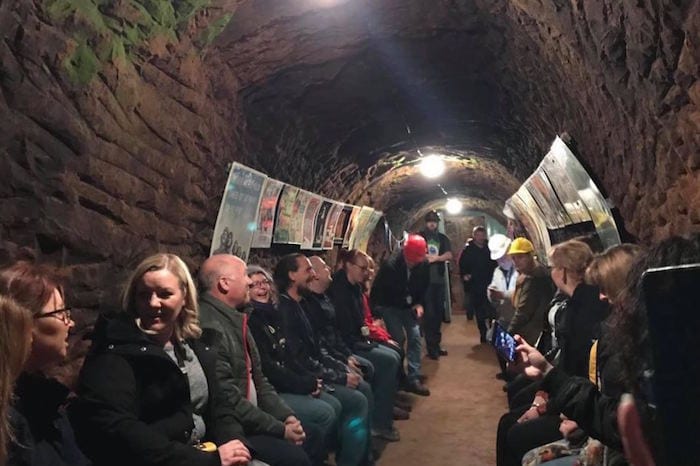 The family’s doctor, Dr Charles White, stored her in his grandfather clock before she was taken to Manchester Museum, where she was put on display, and was finally buried in 1868, 110 years after her death.

Flecky’s Original Manchester Ghost Walk begins with this heart-warming tale, before the group’s taken on a journey through the city’s narrow and lesser-known passageways.

“There are lots of beautiful areas off the beaten track, lots of ginnels and backstreets, and each of them has its own stories,” says Ian, who recalls his own strange encounters as a kid.

“Me, mum and my grandparents lived together, and I remember when we came back from a day out, all my grandparents’ clothes had been thrown out all over the bedroom. Years later, I ended up sleeping in that bedroom and something kept knocking on the upstairs window at 2am, waking me up. It was absolutely terrifying and went on for two weeks and then just stopped.” 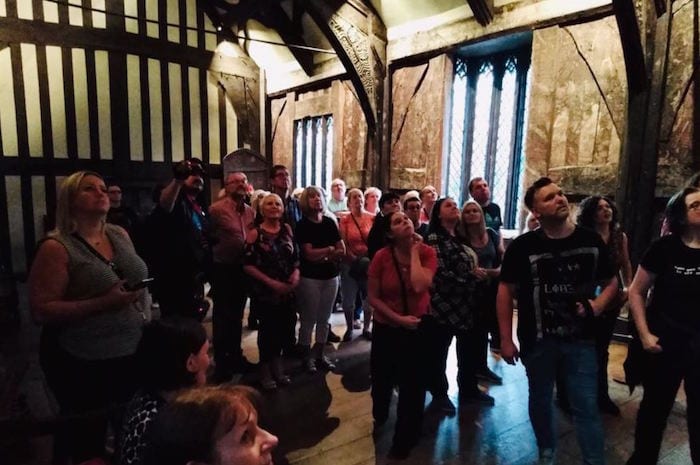 Despite this early and unexplained encounter, it wasn’t until 11 years ago that the idea of setting up his own ghost walk occurred to him.

“I went on one in York and wondered whether any actors were doing it in Manchester. I checked, and nothing had worked, so I started one and it took off straight away.”

As a jobbing actor and fan of rock music and horror films, especially the camper Hammer movies, “I put all those qualities together to create Flecky”. 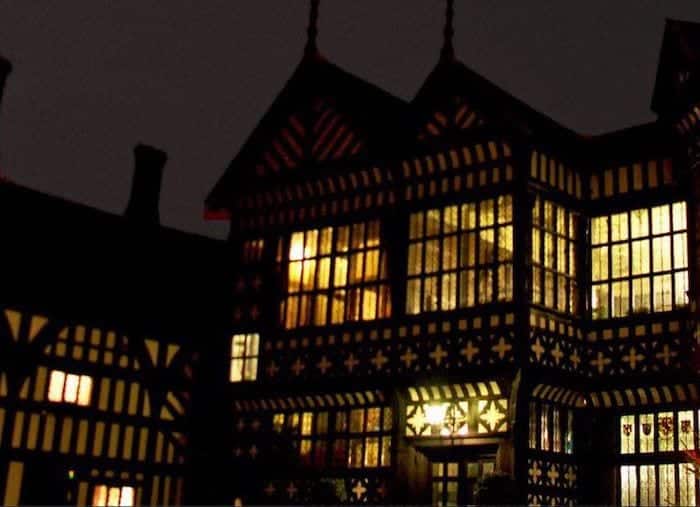 He now does 16 different performances across the region, including the city centre, Bramall Hall, Chorlton, Didsbury and Bolton, which range from over a mile of pitch black tunnels in Stockport’s Air Raid Shelter, to a more sedentary experience like the Tavern of the Dead, “a ghost walk that doesn’t move so great for people don’t like walking”.

This takes place in a supposedly haunted room at The Shakespeare on Fountain Street.

“It’s the oldest pub in Manchester but it’s not allowed to be called that because it’s not been there its whole life. It used to be in Chester. It’s a fascinating location, to feel the energy inside,” says Ian. The experience is based on a performance that took place in Paris from the late 19th century.

“In the top room, we’ll sit around a coffin lid with drinks laced with ‘poison’ and do a séance session and ouija board,” says Ian. “People have the opportunity to opt out, but it’s very interesting because although people are terrified of ouija boards, when you explain it to them, they can’t wait to have a go. It’s quite astonishing really. It’s scary films that have given it this sinister concept. Before that, they were just played like a board game on a Sunday afternoon with the entire family.” 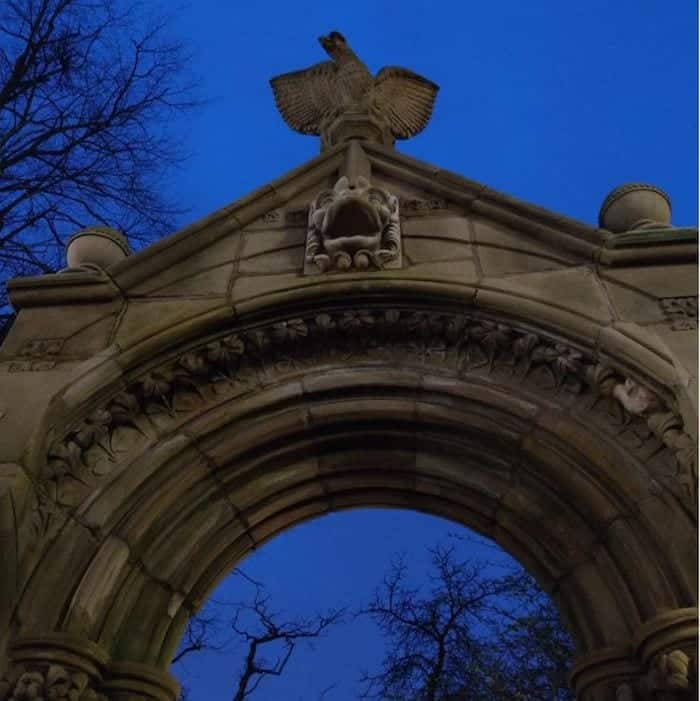 In January, he’s going to start a walk through Ancoats, and has plans to cross the Channel and begin one in Paris, too.

“I’m creating new performances all the time,” says Ian, who will begin by going for a walk around an area to “try and find nice, little quirky places, and then look for stories that correspond to those streets and buildings”.

“You don’t want one story here and the next half a mile away. It’s got to be exciting, so you’re looking for great stories in a great location in a small area.

“People love being frightened in a fun way. It’s scary fun. And whether people think it’s paranormal, or there’s a scientific explanation for what they hear or experience, the audience goes away feeling happy.”

1. “Beetham Tower on Deansgate is known to make banshee-like wails when the wind’s blowing in a particular direction. It’s also classed as the scariest tower block in the world because of the disturbing ‘screams.’”

2. “People on the tours capture all sorts on photographs and feel and see things, too. We all thought we saw this old lady with white hair walking behind us near The Old Lock Keepers Cottage in Castlefield. It was very weird.”

3. “Staircase House in Stockport is the oldest town house in the area where we go into rooms people haven’t been allowed into before. Four people have fainted here in the last few months.”

4. “St John’s Gardens in central Manchester is a really interesting place. It used to be the site of St John’s Church, which was demolished years ago, but the stone crucifix in the centre is as a monument to the 22,000 people buried beneath.”

Flecky Bennett does regular Manchester Ghost Walks across the region, see his website for current schedule and availability. 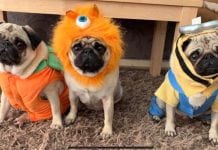 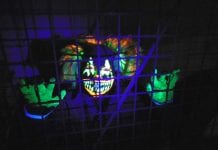