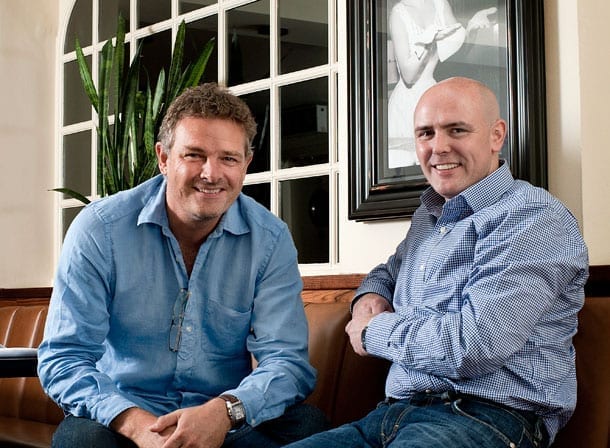 When restaurateur Tim Bacon (Managing Director of Living Ventures) made public his unashamedly bold desire to bring Michelin back to Manchester, it’s no surprise that imaginations were fired and tongues set wagging.

“The Manchester way of doing things I suppose.”

Famous for revitalising the dining scene in Manchester’s Spinningfields with such high profile venues as Australasia, The Alchemist and The Oast House, Living Ventures has a proven track record when it comes to `raising the bar`! One man who shares such a goal is renowned chef Aiden Byrne, the youngest person ever to be awarded the coveted Michelin star in the UK. Byrne, currently appearing in BBC Two’s popular series Great British Menu, is bringing his passion, experience and determination to the table, and is committed to achieving this singular vision.

The aim is to give Manchester a high-end place to eat and drink, delivering quality in a funky and informal way. Tim Bacon says: “The reason Manchester hasn’t had a Michelin Star restaurant for so long is simply because Manchester doesn’t get the pomp that comes with traditional fine dining places. We’ve opened lots of places in Manchester and know the market and its people pretty well.

“So when we first talked about creating something like Manchester House we knew it had to ‘redefine fine dine’, have a bit of edge, a bit of swagger, a bit of do-it-different. The Manchester way of doing things I suppose.”

Situated in Tower 12 in Avenue North Spinningfields, this place is all about understatement and discretion, somewhere to live it up in a dressed down way. Manchester House will be on two levels, literally. On the top 12th floor will be a lounge bar with a unique 360° view, a floor to ceiling, 15 metre bar at one end and a beautiful external terrace on each corner. The 76 cover restaurant is on the second floor, exquisite in its edgy design, with Aiden and his team situated right at the centre of the action. The menu will perfectly encapsulate their ethos, with beautiful ingredients put together in a way you may not normally expect. Manchester House will be at the top end in terms of quality and food innovation, be that from the a la carte menu or the taster menu.

Manchester House will be open from mid July with bookings being taken from Thursday 28th March. You can book online at www.manchesterhouse.uk.com the first release of bookings allow you to book until the end of August. 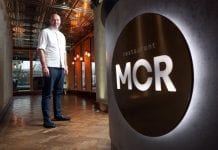 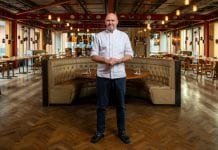 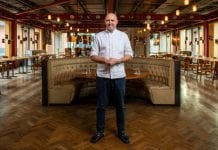