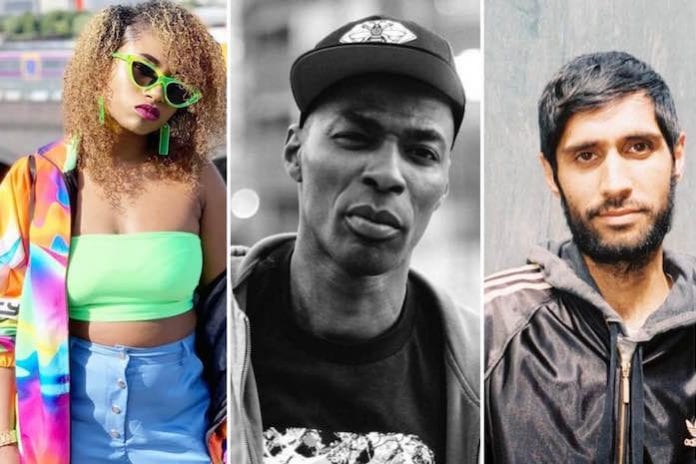 Love it or loathe it, hip-hop has carved a name for itself as a genre where anything goes and no topic is off limits.

From KRS-one breaking down the journey of a cow from the slaughterhouse to our dinner table to Dead Prez waxing lyrical on militant social justice, Marxism, and pan-Africanism, the genre has long been used as a vehicle to amplify artists’ political messages.

Today, as we find ourselves in the midst of an increasingly troubling political climate, protest songs are on the rise again suggesting that perhaps, in troubling times, it’s comforting to turn to our inner poets.

Some musicians are raising fists, others are looking to build a consensus and establish empathy. But all are using their music as a platform to express discontent and desire for change.

Next month some of Manchester’s top hip-hop artists will be tackling this topic head-on, in an intensive residency at the People’s History Museum exploring how music can be used as a powerful tool for protest – past, present and future.

The residency will take place as part of the city-wide commemorations of the 1819 Peterloo massacre, where what started as a peaceful day wound up with a bloody ending, leaving 18 dead and over 600 wounded.

Culminating with a public performance on 11th July, musicians from across the city’s thriving hip-hop scene will use music to explore what the events of Peterloo mean to people in Manchester today.

Now considered to be a watershed moment for our democracy, many songs and pieces of poetry were written in the aftermath of the massacre.

The most famous is probably Shelley’s The Masque of Anarchy, a poem back in the public eye these past few years thanks to Labour leader Jeremy Corbyn, who recited its final lines to thousands at Glastonbury in 2017: “Rise like lions after slumber … / Shake your chains to earth like dew … / Ye are many, they are few”.

The party’s 2017 campaign slogan “for the many, not the few” continues to be used by Labour today.

They’ll be leading young MC’s, singers and producers from across the city in a five-day workshop at the People’s History Museum, where they’ll write and produce new music exploring how themes of free speech, democracy and suffrage resonate with the world we live in today.

Taking inspiration from People’s History Museum’s current exhibition Disrupt? Peterloo and Protest, along with the group’s own personal experiences of protest, the work will be premiered on Thursday 11th July.

A limited number of tickets are available for free now via Eventbrite, and organisers are encouraging the public to register interest to attend on their website.