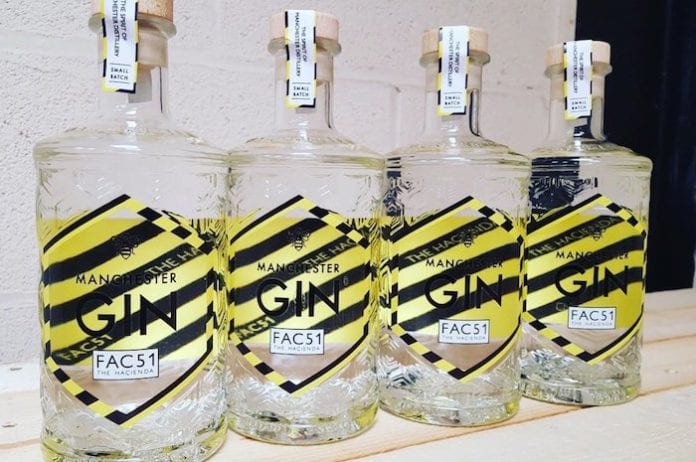 Manchester Gin have come a long way since the days of making gin in their kitchen.

They have been busy working away with Joy Division and New Order legend Peter Hook on a special Haçienda gin – and we need it in our life.

A tribute to Manchester’s history past and present, the new FAC51 edition has been created by the distillery to celebrate our city’s music, culture and love of a good time.

Paying homage to the iconic nightclub and the yellow-and-black-striped columns which once rose around the edge of its dance floor, the bottle design proudly displays the signature striped design created all those years ago.

And at the bottom of the label, underneath Manchester Gin’s branding, sits the equally-iconic FAC51 Haçienda logo.

The brand new FAC51 edition has just become available but is already being stocked online and at several bars and stockists around Greater Manchester, including the Con Club in Altrincham, Shepherds in Wilmslow and C&O Wines in Timperley.

It joins their four other concoctions, the original London Dry, a raspberry-infused gin, the navy-strength Overboard and Wild Spirit – a creamy, savoury gin with herbaceous notes inspired by woodland walks.

The new release comes at a busy time for Manchester Gin as they prepare to open a brand new city centre distillery in five weeks.

They have spent the summer renovating six Grade II listed railway arches beneath Manchester Central on Watson Street which will become their official home in September.

Plans revealed at the end of last year hinted it would include a restaurant and bar for customers to taste signature cocktails and produce from local artisanal producers and a new 1,000 litre still dubbed Wonder Wend. 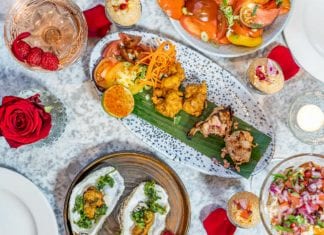