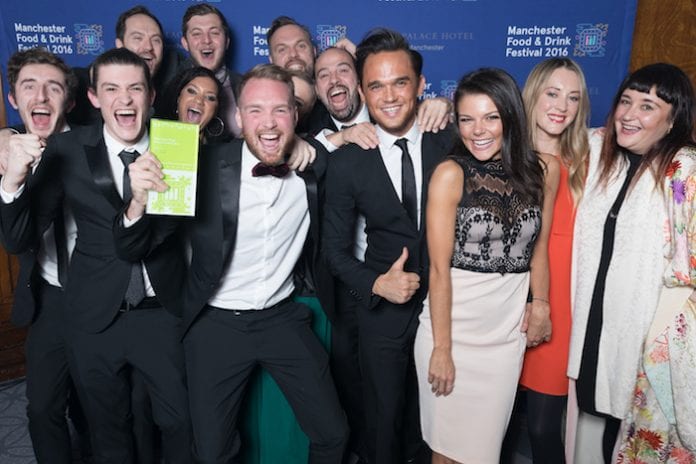 The 19th Manchester Food and Drink Festival has been another memorable one. In a year of exciting openings and questionable closings, it feels like the bar is just getting higher for our cities bars and restaurants. And while we enjoyed the hidden banquets and demonstrations, it was down to the nitty gritty last night – the awards.

Whether your favourite establishment won its category or not, I think we can all agree it’s a pretty strong list with no shockers in there. Let’s have a look at some of the winners and see if they really did deserve the top spot.

El Gato Negro were nominated for a record number of awards this year and I think there is some surprise they didn’t win more. Scooping Newcomer of the Year was an absolute must, fending off fierce competition from Sugo’s and the outstandingly good Rudy’s Pizza.

Restaurant of the Year went to Hawksmoor and I wouldn’t have had it any other way. As soon as you walk in from the busy main road you are transported into a plush but inviting bar area where the service, cocktails and food are first class.

Now let’s talk beer. Manchester is home to some of the most exciting micro-breweries at the moment so it was seem a travesty if bars that didn’t reflect that movement didn’t win.

Best craft ale bar went to Heaton Hops, a bijou bottle shop and bar in Heaton Chapel. Damian, Charlotte and the team have really nailed down a sense of community and done away with any beer snobbery. You’ll have to go a long way to find somewhere serving beer in better condition and at more competitive prices.

One pub that can claim to be up there with Heaton Hops is The Smithfield Tavern, winner of pub of the year. Blackjack’s NQ Tap House has been a sensation, serving a constantly great selection of cask, keg and bottled beers as well as some knockout pork pies. If you like good beer and quirky pub games, you need to visit.

Bar of the Year went to Alberts Schloss, an incredible spectacle and a go-to spot for those looking to let their hair down in more lavish surroundings. Given the competition, this seems like the right choice.

And my final mention goes to The French. Snubbed by the Michelin Guide but celebrated by the MFDF Awards, this restaurant really is a cut above in terms of premium dining and rightly bagged two awards last night.

Who needs a Michelin star anyway? Don’t they make tyres?