Manchester Food & Drink Awards 2015: And The Winners Are… 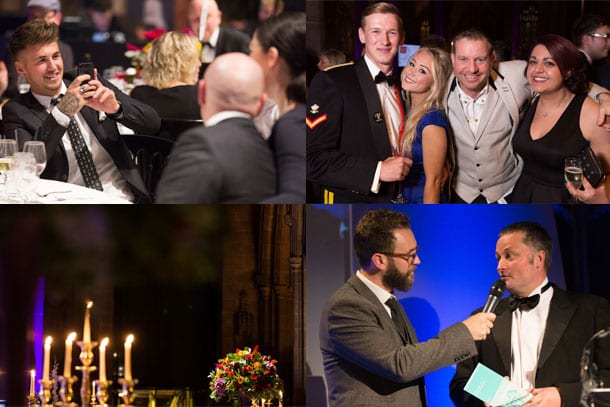 The MFDF awards are recognised as the highest profile in the region and they continue to provide a benchmark for excellence in the hospitality industries throughout Greater Manchester.

The judging panel was made up of leading food and drink critics and experts who selected the shortlists. The judges then ‘mystery shopped’ the nominated venues and the scores were then combined with votes from the public cast via the MFDF website.

“2015 has been a fantastic time to stage a food and drink festival and this year’s superb programme of events reflected that,” said Festival director Phil Jones.

“The MFDF Gala Dinner and Awards, as always, is the climax to the Festival, and what a spectacular time to be presenting awards to the food and drink sector here in Greater Manchester. This year’s winners and nominees are a tribute to the extraordinary hospitality industry that continues to grow in size, variety, stature and national reputation, each and every year. Congratulations to all the MFDF shortlisted venues and especially to all the winners – bravo Manchester!”

And the winners are…

Restaurant of the Year
Sponsored by Caterer.com

Newcomer of the Year
Sponsored by Manchester Evening News

Chef of the Year
Sponsored by Mint Staffing Solutions

Pub of the Year
Sponsored by Fever Tree

Food Pub of the Year
Sponsored by R Noone and Sons.

Bar of the Year
Sponsored by I Love Manchester

Cheap Eats of the Year
Sponsored by Ahoy.

WINNER: A Taste of Honey

Best Food and Drink Pop Up Event, Club or Project of the Year
Sponsored by Deliveroo.

Best Street Food of the Year
Sponsored by Capital FM.

WINNER: R. Noone and Sons