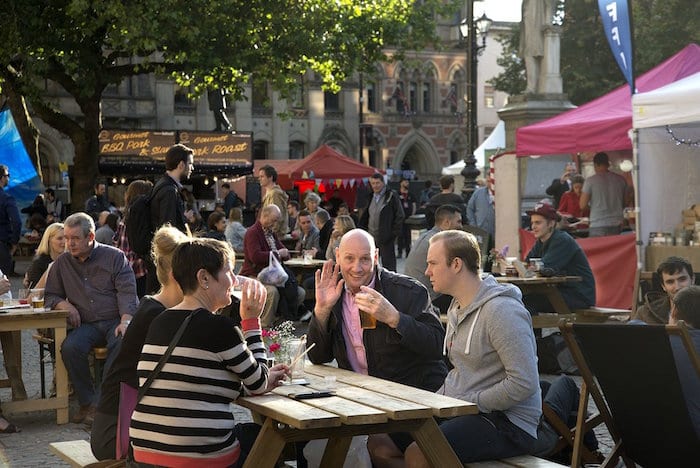 The countdown to the 20th Manchester Food and Drink Festival has started. The programme of events for this year’s MFDF was announced at Hispi, chef Gary Usher’s crowdfunded Didsbury restaurant.

The jam-packed festival will be taking over some of Manchester’s most exciting, historic, and forgotten locations as well as the usual beating heart that is the Festival Hub in Albert Square.

It will feature pop-up restaurants, street food, drinking dens, live cookery, unique banquets and more, and will welcome a wide selection of local, national, and international chefs and brands to the city.

The milestone birthday programme will feature an extra special line-up in collaboration with Manchester’s most talented chefs and operators – the people responsible for the remarkable change in the city’s gastronomic landscape over the last 20 years.

Highlights include three one-off birthday banquets at the abandoned railway station Mayfield Depot, one of the city’s most jaw-dropping spaces, including a joint 20th birthday party with independent pan Asian restaurant Tampopo, a collaboration between Hispi’s Gary Usher and club alchemists-turned-restaurateurs The Unabombers, and a Day of the Dead banquet from Mexican food queen Thomasina Miers. 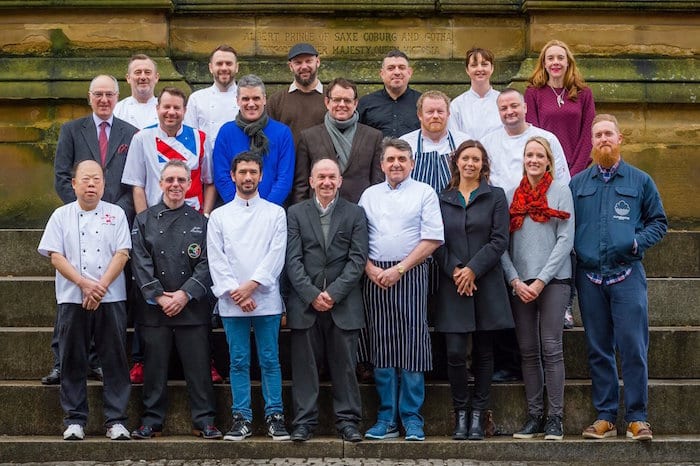 Chefs and restaurants popping up at the Festival Hub will include El Gato Negro chef patron Simon Shaw and his Spanish feast, a 6-course tasting menu from Manchester House’s Aiden Byrne, and Altincham’s Sugo brothers bringing their acclaimed pasta kitchen.

Those coming from further afield include award-winning cookery author and entrepreneur Ella Mills bringing her Mae Deli brand to Manchester for her first ever pop-up outside London, and Kwoklyn Wan (brother of Gok) demonstrating recipes from his new book Chinese Soul Food.

This year, the popular MFDF Big Indie Wine Fest will take place in the Grade II listed Manchester Hall, whilst Kate Goodman will be teaming up with local brewing legends Cloudwater to host a beer and wine tasting masterclass in the Festival Hub.

There’ll be plenty of beer-focused events celebrating Manchester Beer Week, and the best G&Ts in town courtesy of the Fever Tree Gin Garden.

And this year the festival is bringing back the Manchester Tart Off, a competition it staged in its very first year to find the best Manchester Tart. Anyone can enter their own homemade creation for a chance to win this coveted title.

The festival champions new and existing food and drink businesses in the region and brings thousands of visitors to the city.

“It only seems like yesterday that we got the first festival off the ground,” said festival founder Phil Jones, who hosted the programme launch.

“It’s been part of the city’s cultural makeup ever since, growing each year. We’re proud to have been on that journey with Manchester’s food and drink industry, and to showcase what is now an internationally recognised city and event.”

Keep your eyes peeled for the shortlist of nominees for the Food and Drink Awards themselves, the culmination of the festival.  Winners will be announced at a gala dinner at The Principal Hotel on 9th October.

For the full programme of events, tickets, and awards click here.