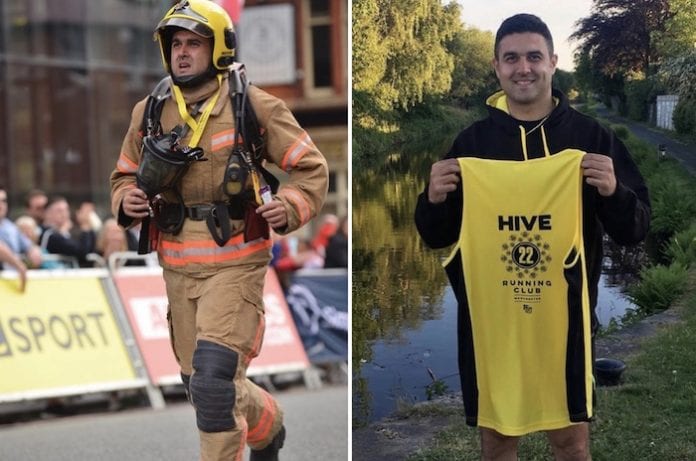 You may remember just a few months ago when Aaron Parmar set himself the mammoth task of running 22 10k runs in memory of the 22 victims of the Manchester Arena bombing.

He was working as a police officer at the scene of the horrific attack and witnessed first hand the devastating effect it had not just on the families and friends of the victims involved but the city as a whole.

He dedicated each run to one of the people who lost their lives in the attack. For every run he completed, he received a medal and engraved each one with the names of the 22 victims and delivered them to the families.

“It’s been overwhelming,” says Aaron. “The support has been the main thing for me, the families of the 22 have come out to the runs and it’s been quite emotional seeing them at the finish line and seeing how much it means to them. 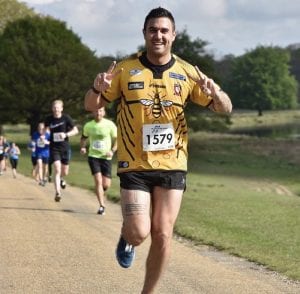 “A lot of the survivors have come together and made friends with other survivors just through talking about my runs, and they’re all supporting each other now so there’s a lot of good come from it.”

When Aaron first decided to embark on his 22 10k’s challenge, he only expected to raise around £500. On Sunday 19th May, the former police officer turned firefighter completed his final 10k at the Great Manchester Run in full fireman uniform, having raised over £15,000 for the victims’ families.

When he crossed the final finishing line, he felt a complete mix of emotions.

“I was knackered because I did the run in my full uniform and I didn’t really process it straight away, but when I came on the home straight the crowd just went mad and were clapping for me. It really spurred me on and then when I crossed over there were so many people from different families that all wanted a hug and pictures.” 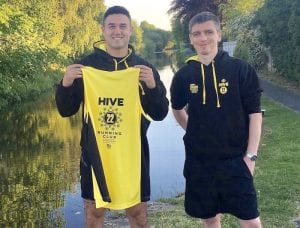 Aaron realised once the runs were over he’d want something else to focus on to continue his support.

“I’ve fallen in love with running. I was never a runner before this challenge and going to different races and meeting different running clubs and runners, they’ve all been really welcoming. I love the sport now, so I decided to set up a club in memory of the 22.”

Hive 22 is an online running club which continues to raise money for the families. £2 from the sale of each piece of kit, which has been designed by Aaron, will be ringfenced and donated to trusts and charities set up by victims’ families every year on the anniversary of the attack.

“I announced it to the families first in a private event and they loved the idea,” says Aaron. 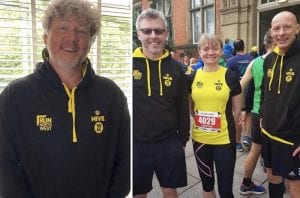 “Everyone loves the concept because there’s no commitment as such. People can wear the kit and run wherever they are around the world. We’ll be getting together at different races and different social events together but mainly it’s about getting the kit out there, and hopefully people will see it and know that we’re Hive 22.”

With their first official team run planned for the Alderley Edge 10K with Run North West, Aaron is hoping that Hive 22 will reach far and wide, with the Great Manchester Run in 2020 a huge goal for the club.

Hive 22 has also received recognition from a host of celebrities and TV stars. Both Kym Marsh and Sally Ann Matthews from Coronation Street have ordered their kits, whilst Hayley Tamaddon and Jodie Prenger are also on board with the club.