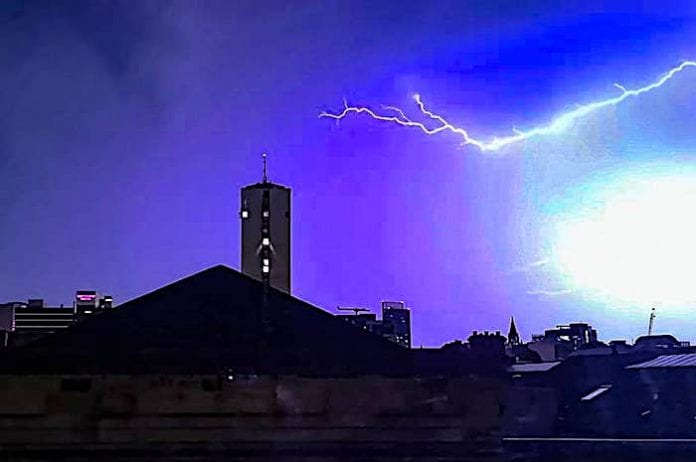 Have your phone camera on shutter speed to capture more stormy weather later today. Manchester is expecting another thunderstorm.

The Met Office has issued a yellow weather warning for north west England and is expecting scattered heavy showers, thunderstorms and torrential downpours to develop during the afternoon and evening, causing some transport disruption and flooding.

Whilst many areas will miss the worst of these storms, torrential downpours are likely in some places. Where downpours occur, close to 30mm rain is possible in a relatively short space of time and 30 to 50mm rain could fall in a couple of hours.

Although rain and thunder aren’t exactly unusual across the region, flooding of homes and businesses could happen quickly, and even damage to some buildings.

Some places might become cut off if roads flood and power cuts might occur and other services to some homes and businesses could be lost.

Where flooding or lightning strikes occur, there is a chance of delays and some cancellations to train and bus services. Spray and sudden flooding could also lead to difficult driving conditions and some road closures.

In a few places thunderstorms may be accompanied by frequent lightning, hail and gusty winds.

The showers and thunderstorms will start to fade during the evening and by late evening will have become confined to parts of Scotland and north east England.

It’s an excuse to stay put on the sofa and another opportunity to take some magnificent pictures. 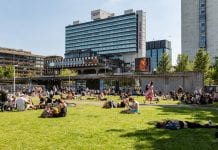 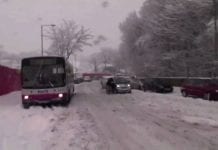 Will there be 20cm of snow in Manchester this week like 2010? 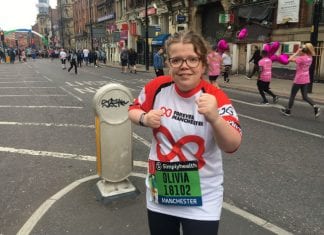