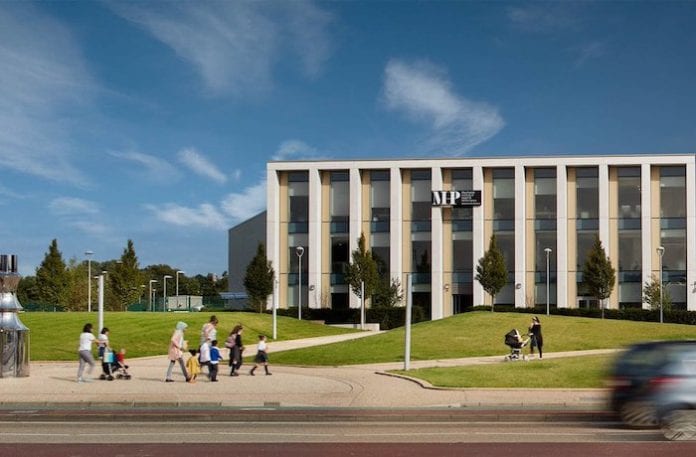 The We Love Manchester Emergency Fund has released £300,000 to provide sessions at The Manchester Institute of Health & Performance (MIHP) for those identified by doctors as suffering from continued disability after major physical trauma.

The funding is the latest release of money from the Emergency Fund, which has now raised more than £20m to help victims of the terrorist attack last May.

Following a fantastic fundraising effort from members of the public, the Emergency Fund has already allocated £16m to help the victims in just nine months.

Up to 40 of the most seriously injured will benefit from treatment at the multi-million-pound facility in east Manchester. The equipment and skills provided by MIHP, supported by NHS trauma therapists, will help the most severely injured patients to regain as much of their pre-injury levels of mobility as possible.

Doctors made their recommendations based on who is most likely to benefit from the facilities available.

“As healthcare professionals, seeing patients get better is our greatest satisfaction,” said Dr Jason Wong from Manchester University NHS Foundation Trust, who is overseeing the project.

“There are still people affected by the Manchester Arena attack who are struggling physically from life-changing injuries.

“We have this bold ambition to do things differently in Manchester and it struck us that there was a real opportunity to work closely across rehabilitation disciplines to help these people find their former function.

The £500,000 costs will be paid for by the Emergency Fund and the National Health Service. The funding will cover the costs of ensuring there are one-to-one NHS employees to support each patient, and technical staff to ensure that the patient journey is a pleasant but productive experience. Transport costs to and from the venue will also be covered by the Fund.

“The city and the world responded with such kindness, generosity and solidarity in the aftermath of the Manchester Arena attack,” said Sue Murphy, chair of the We Love Manchester Emergency Fund.

“To raise more than £20m is an amazing response. The partnership with MIHP and the NHS offers unprecedented access to world-class facilities and treatment for those most in need of therapy for physical injuries resulting from the attack.

“The research project we are working on will create a real legacy in the treatment of people suffering in this way and will present something positive in the aftermath of a truly awful situation.”

Alongside rehabilitation, the partnership will create a legacy, as a research project will be launched to provide the NHS with learnings on how to treat those suffering as a result of such physical injuries, which will support the care of other patients in the future.

The Fund’s trustees are now looking into further help for those affected including the use of nationwide psychological support groups, based, in part, on a model that saw success in Norway following the Anders Brevik terror attacks of 2011.