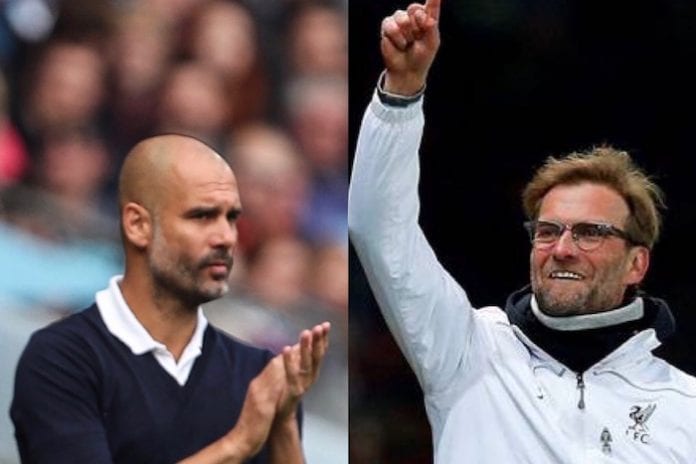 Manchester City returned to the top of the table for a little over 24 hours following their 3-1 victory over Everton on Saturday. A brace from Gabriel Jesus and a goal from in-form Raheem Sterling was enough to see off the Toffees.

For many years Everton were a bogey team for City, but they’ve only managed one win in the last five meetings against the Blues.

With Liverpool showing their title intentions with a 3-1 victory over Manchester United on Sunday, the return of key players like De Bruyne and Aguero is even more important.

The Argentine striker will have to wait a little longer for his next appearance but De Bruyne got some minutes under his belt. The Belgium midfielder has only had two starts this season and feels he will be back to his best with some game time.

“Against Everton, I came on and just ran for 20 minutes,” he said. “I’m not looking to play a good game, just run without stopping. That gives me a good boost physically and lets me get my lungs open for the next game. I’ll work hard to get back as soon as possible but I don’t put pressure on myself. I’ve had two big injuries and I worked hard to be back, to play a little bit feels good, feels comfortable so that’s the main thing”.

“I played the World Cup without a problem. I think the most important thing is having a summer break – if you have that you can feel okay, but there is always a time in someone’s career where you feel a bit less. But I felt all right, it was just a shame that when I came back after one week, I was out for two-and-a-half months”.

It was fantastic to watch Jesus bag a brace at the weekend and there is no doubt regarding his talent and potential – but Aguero is always missed. The Argentine striker is moving up the list in the Premier League top goal scorers despite missing games through injury every season he’s been at the club.

Although nobody can rule out Spurs or Chelsea in the title race, neither City or Liverpool look likely to drop many points.

In the past few weeks, the Scousers have shown the traditional title-winning traits of previous champions like City, Chelsea and Manchester United. Winning games in the dying seconds or getting that bit of luck at just the right time has always played a part in winning the title.

Klopp has them playing some great attacking football and they will be confident that this is their year. Let’s face it, when don’t they?

Last season City and Liverpool met in the Champions League as well as the Premier League. Although the first meeting in the Premier League was a 5-0 victory at The Etihad for City, the other three were disastrous.

Having already played out a 0-0 draw at Anfield, the game on January 3rd could prove to be pivotal in this season’s title race, as could factors such as Champions League, FA Cup and Carabao Cup fixtures.

Liverpool are already out of the Carabao Cup following a defeat to Chelsea but are still in the other two competitions. Having knocked City out of the Champions League last season only to get beaten in the final, they will be hoping they can go all the way this time.

Meanwhile, City are still in pursuit of their first UEFA Champions League crown – something that will surely be a motivating factor for the Blues.