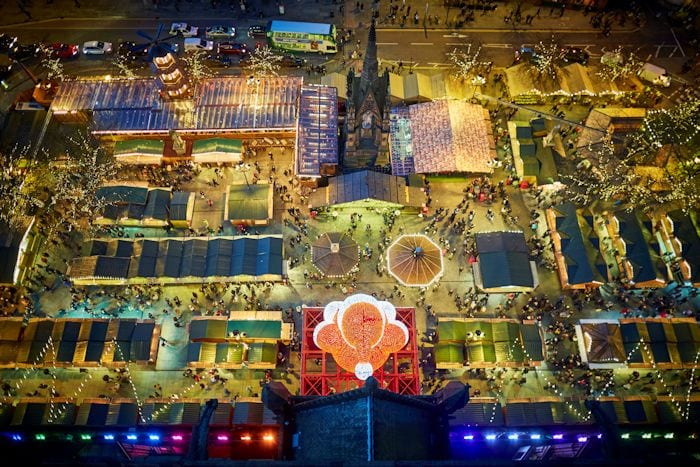 Manchester is one of the twenty best Christmas markets in Europe according to voters at European Best Destinations, a Brussels-based organisation that promotes tourism in Europe.

More than one hundred and eighty thousand people voted on the website for their favourite Christmas markets in Europe, and Manchester came in at number 20 – the only UK Christmas market on the list.

It’s hardly surprising. The Manchester Christmas Markets just get bigger and better every year, turning the city centre into a festive wonderland.

Launched in 1999, the Manchester Christmas Markets were the first in the UK, growing from a single site in St Ann’s Square in 1999 to become one of the biggest in Europe.

The figures for this year haven’t been published yet, but judging by the huge crowds – especially at weekends – we’re expecting it to be a record-breaking year.

The last few days of the Christmas Markets have been overshadowed by the terrible events in Berlin but we are already looking forward to welcoming them back next year.

Thanks for a wonderful 41 days (42 in Albert Square). Manchester in the run-up to Christmas just wouldn’t be the same without you.

Here’s that list of the Top 20 Christmas Markets in Europe in full.