In 1999, Manchester became the first city in the country to bring a European-style festive market to the UK.

Every year, millions of visitors descend on Manchester to soak up the festive spirit and get stuck into that Christmas shopping list.

The wait is over. Because the UK’s first and biggest Christmas market has returned for the 18th consecutive year, transforming the city centre into a winter wonderland.

More than 300 traders will be selling gifts and mouth-watering food and drink from across the globe for the next six weeks.

They’ll be selling their wares every day from 10am until 9pm until Wednesday, 20 December, with the hub in Albert Square staying open until 6pm on 21 December. 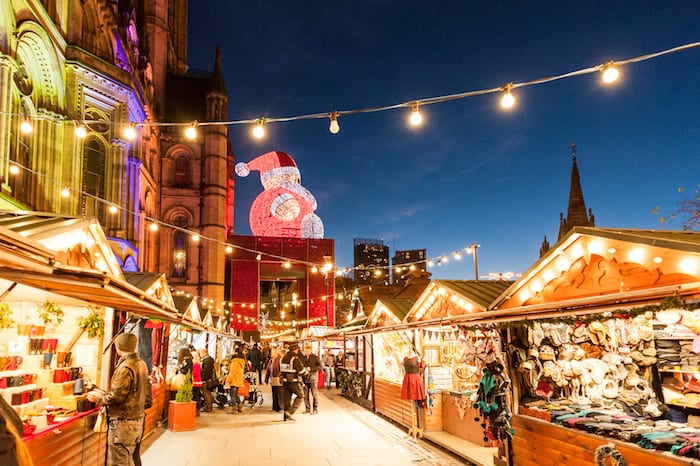 As usual, there’s plenty to keep you fuelled including this year’s must-eat craze – the Yorkshire pudding wrap which is available in a new purpose-built chalet in Exchange Square.

In case you’re the only person who hasn’t heard of it, it’s a British version of the burrito but instead of meat and refried beans, salsa, guacamole, cheese and sour cream wrapped up in a tortilla, what you get is meat, vegetables and gravy wrapped up in a Yorkshire pud.

Northern Soul are back in with their tasty gourmet grilled cheese. Their Christmas dinner in a sandwich was one of the most popular bites at last year’s market, but this year the cheesy geniuses have doubled down with their own brand of hard shakes. 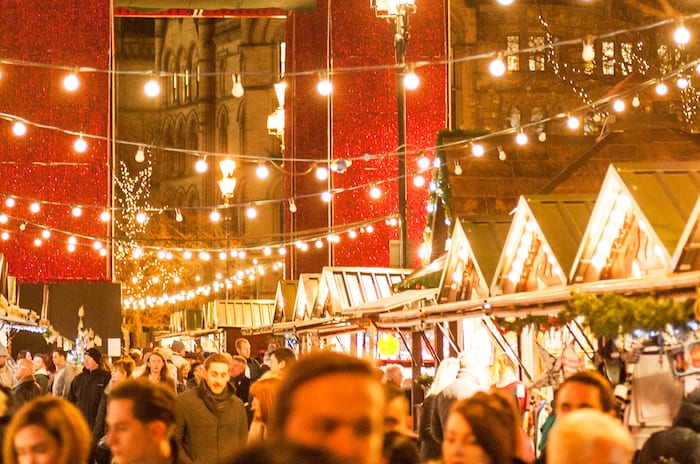 As usual, the six tonne giant Santa is looking down over the Albert Square market, illuminated by 100,000 energy efficient LED lights.

The town hall is closing from 15 January 2018 until 2024 for a major programme of works to safeguard the Grade I-listed gem for future generations. It’s the nearest thing we’ve got to a Museum of Manchester, so why not take the opportunity to have a look round.

All other market sites

All bar and food areas open until 9pm. All adult rides in Cathedral Gardens £3.

The Rink at Cathedral Gardens 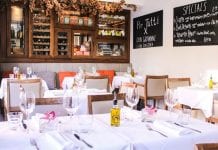 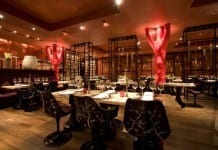 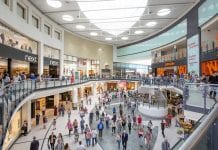