Summer may not yet be over, but thoughts are already turning to the festive season – and namely Manchester’s Christmas Markets.

For the 2019 Manchester Christmas Market dates have now been officially CONFIRMED – and this year we will again have a bumper six weeks of festive fun in the city.

The markets will open this year on Friday November 8th and run until Sunday 22nd December at locations spread across the city.

There will be the return of all the ever-popular sausage and gluhwein stalls, as well as a host of local food and drink operators, and a plethora of gift stalls for all your Christmassy needs.

Manchester City Council has confirmed that the markets WILL be able to return to Albert Square this year, despite previous fears that renovations to the town hall would prevent this happening in 2019.

However, there won’t be the return of the much-loved Zippy Santa sculpture to the town hall this year.

The council is looking for a buyer for the large but ageing red twinkly figure, while they plan to invest in a replacement Santa in time for the Christmas celebrations in the city centre in time for the November market opening date. 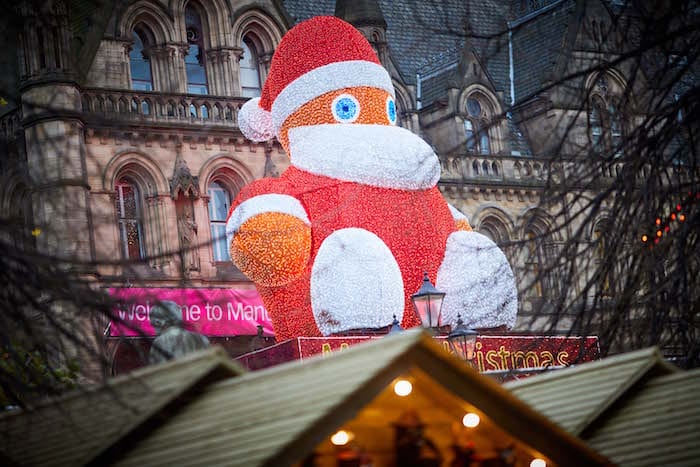 A council spokesman said further information on the new Santa would be released closer to the opening of the markets.

More details on new and returning stallholders will also be confirmed closer to November.

All the markets will be open seven days a week from the opening date, and expected opening times are from 10am to 8pm daily, with Albert Square usually opening a little later until 9pm daily.

We can’t wait to get festive all over again!