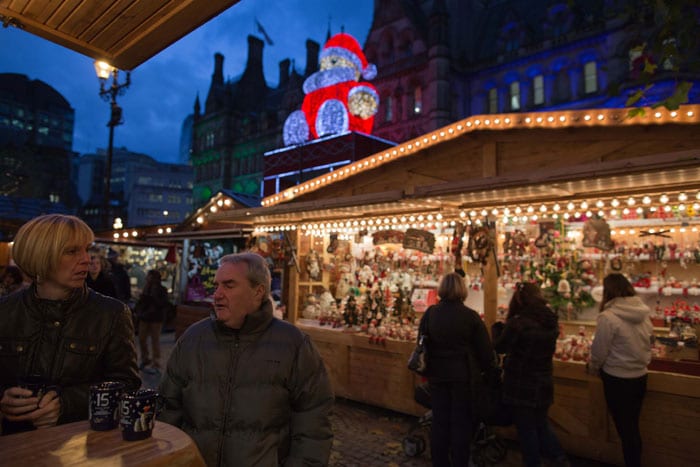 Manchester City Council have now confirmed dates for Manchester Christmas Markets 2017 dates which are 10 November to 20 December, with the Albert Square site closing on 21 December at 6pm.

The Manchester Christmas Markets just get bigger and better every year, turning the city centre into a festive wonderland.

Launched in 1999, the Manchester Christmas Markets aka German Markets were the first in the UK, growing from a single site in St Ann’s Square in 1999 to become one of the biggest in Europe.

Spread across the city centre, some 300 traders offer mouth-watering international food, drinks and delicately crafted Yuletide gifts in the heart of this buzzing city.  Our family friendly site on Cathedral Gardens has its own ice rink, so plenty to keep the kids happy.

In Albert Square’s traditional German zone, the food stalls’ delicious scents tempt you to a mug of warming gluhwein or a tasty bratwurst, while the flavour in nearby King Street is distinctively French, with crepes and macaroons on offer. One of the original and longest serving traders, Dirk the Dutch Flowerman, sets the scene with a beautiful array of Christmas trees, wreaths and household decorations, and the stunning variety of jewellery, arts and crafts available would satisfy even the fussiest list for Santa.