When I first heard they were making a film called Manchester By the Sea I was overcome with pride.

“Finally,” I thought to myself, “one of our city’s greatest achievements is getting the Hollywood treatment!” But then I saw it, and it soon became apparent that the title wasn’t  about the creation of the Manchester Ship Canal, but rather the name of a small American seaside town where the film is set.

I’m joking, of course, but come the end of it my emotions were a swathe of sadness, despair, relief and joy given just how diverse it is. It’s a comedy, a coming of age story, a family melodrama and a tragedy all rolled into one. Looking back it’s difficult to put your finger on what type of film it actually is, but I suppose the best description I could give it is that it’s real.

Manchester By the Sea is the story of Lee Chandler (Casey Affleck), a brooding, irritable handyman who lives alone in a cell-like basement in one of the Boston apartment blocks he works on. Following the death of his brother, Joe (Kyle Chandler), he’s forced to return home and deal with being named guardian to his 16-year-old nephew (Lucas Hedges). As if that’s not enough, he must also come to terms with an unspeakable tragedy that haunts him from his past.

Casey Affleck delivers his most incredible performance to date which should no doubt put him in good stead come Oscar season. Credit, too, to director Kenneth Lonergan, whose fragmented narration adds depth to Lee’s story, with his present day morality being driven home by flashbacks to his past with his brother and nephew, as well as his broken marriage to Randi (Michelle Williams).

Affleck has a history of portraying intense characters dealing with tragedy, but in Manchester By the Sea he gives an unrivalled account of isolation and withdrawal. He shows incredible restraint too, with a poker face that only touches upon his true feelings of anger and regret which is in stark contrast to his earlier flashbacks.

The way in which he negotiates these two timelines is handled magnificently, but credit must also go to his young co-star Lucas Hedges who is a revelation as Patrick. While Lee holds onto his grief, Patrick deals with it in a different way, leading an almost enviable life that sees him balance school, hockey, band practice, family and two girlfriends in relative comfort.

Each scene in this film shares moments of humour and drama, regardless of how impactful they are on progressing the story. It is a film that lives moment to moment and by the end of it you feel that you were there with them throughout this journey.

Manchester By the Sea is a brilliant example of how to effectively use character, setting up one of the best films in recent years. 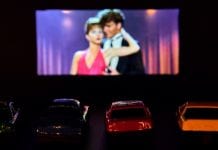