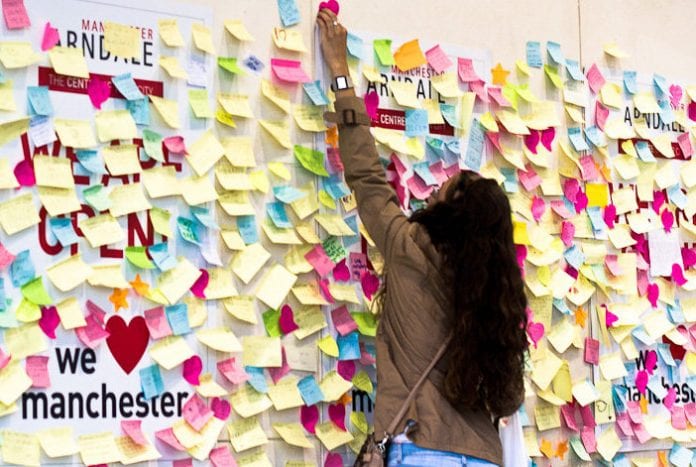 We love Manchester. It’s the culture, the music, the football. Most of all it’s the people that make this city such a magnificent place to live and work. That’s why we were disappointed by the mindless idiots rioting in our city.

In the aftermath of the riots, thousands of people have chosen to express their resilience for our beloved city – not just on social media – on Post-it notes, covering a “love wall” in the Arndale shopping centre.

The Arndale was targeted by rioters and so hundreds of people are spreading their love and support. Locals estimate the number of notes could be as many as 4,000.

It was the brainchild of 23-year-old Adam Brookes, who used to work in the Arndale – reports Manchester Evening News.

Adam placed a stack of post-it notes and pens on a pasting table outside Foot Asylum (under the stairs).

Several of the notes were written in foreign languages, including Chinese and Arabic, and another said ‘Thailand loves Manchester’.

The message is loud and clear: ‘We love Manchester, how dare you destroy our city?’

Feel free to voice your opinion below… 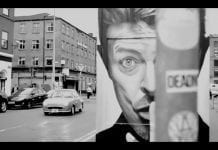 I Love Manchester’s most read stories of 2016 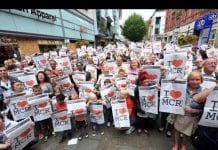 Five years after the Manchester riots: how the city fought back and why #WeLoveM... 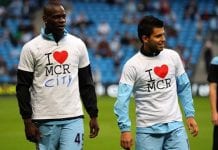 A City United: footballers team up to show the world they love Manchester