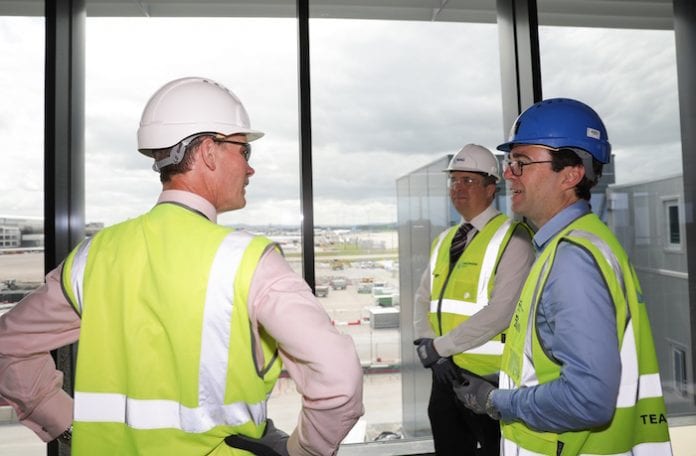 More than 1,000 people are currently working on the project. During a tour of the  construction site, the Mayor met with apprentices and small and medium-sized companies from around Greater Manchester which are being awarded contracts to deliver the scheme.

Mr Burnham said: “Manchester Airport is a massive asset to our city region, connecting those living and working here to more global destinations than ever before, as well as helping attract visitors and tourists in the other direction.

“The investment it is making will further enhance Greater Manchester’s international credentials and make a major contribution to placing the city region at the heart of a prosperous northern economy.

“What is great to see is that the project is also doing a huge amount to create employment for people from all backgrounds and providing training that will ensure it leaves a skills legacy for future generations.

“The fact so many Greater Manchester businesses are working on the airport’s transformation, creating and sustaining jobs in the process, can only be good news for our economy.”

Manchester Airport is already a major employer in Greater Manchester with 23,000 people employed across the campus and a further 25,000 jobs supported indirectly in the region.

The transformation programme will see Terminal 2 grow by 150% to become the airport’s main terminal.  The first pier is set to open to passengers in April 2019 with the terminal extension due to open in 2020.