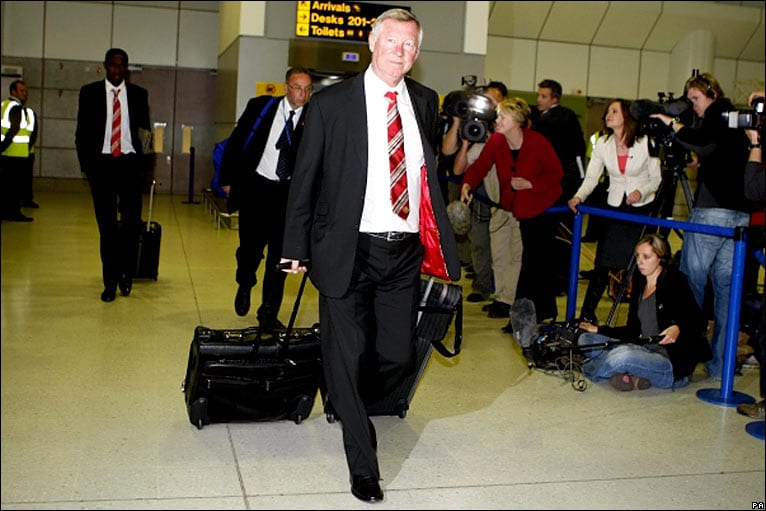 Earlier this year, there were moves to rename Birmingham Airport, Shakespeare’s Airport. And according to a survey commissioned by Holiday Extras, nearly a third of Manchester residents would like to see Manchester International Airport, which is due for a rebrand in 2018, renamed Sir Alex Ferguson Airport.

Over 30 per cent of people across the Manchester area chose Fergie as the frontrunner out of a number of the city’s famous sons and daughters. Comedian Peter Kay came a distant second with 14 per cent of the votes and 90’s indie band The Stone Roses were in third place with 11 per cent. Happy Mondays band member Bez received 5 per cent and actress Michelle Keegan four per cent.

Sir Alex was particularly popular amongst over 45’s, with 36 per cent voting in his favour. He was also popular with the younger generation but the percentage fell to 26 per cent for those aged 25-44 and to 24 per cent for the 18-24 group. An equal number of men and women voted for the football legend, showing just how well regarded he is in the region.

Ant Clarke Cowell, communications director at Holiday Extras, said: “While we’re not aware of any plans to change the name at Manchester Airport – British treasures such as Robin Hood and Shakespeare have been used to highlight other UK airports, so we decided to explore what famous personality the people of Manchester would choose as their international icon.”

What do you think? In whose honour would you like to see Manchester Airport renamed?