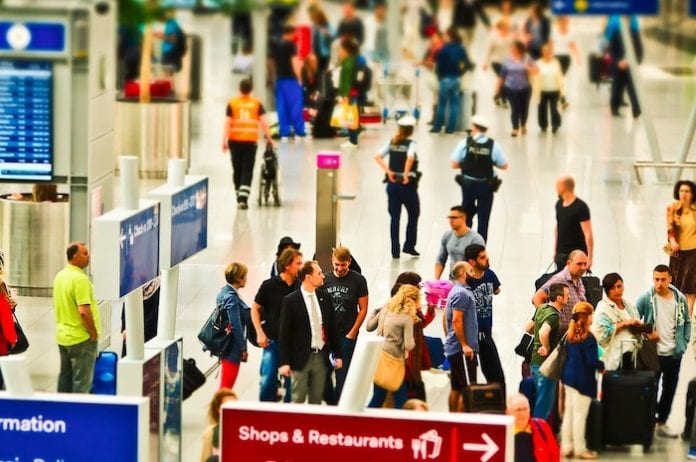 Manchester Airport has reached 25 million passengers a year for the first time since opening in 1938, equating to year on year growth of 9.3%.

The airport is playing a key role in connecting the northern economy and wider UK to key markets around the world, as well as bringing investors and tourists into the region from across the globe.

Growth has been driven by the addition of new long haul services and increased frequency and capacity on short haul routes.

Manchester is the third largest airport in the UK with a long-haul catchment area of around 22 million people and 60% of all UK businesses within a two-hour drive time. It is set for continued growth with capacity for up to 55m passengers on its two full length runways.

Last year a ten year £1bn transformation programme was announced to transform the terminals to ensure they can continue to handle the demand and future growth, as more passengers and airlines choose to fly from Manchester.

Manchester Airport deputy CEO Collette Roche said: “At a time when capacity in the south is constrained, we are adding more passengers and routes than ever before. This underpins the role we play in the north as the global entry point of the Northern Powerhouse and as economic provider and job creator.

“Our continued addition of new routes and increased frequencies is seeing both business and leisure customers choose Manchester, rather than other airports.  With two full-length runways and a £1bn transformation programme announced, Manchester Airport has, and will continue to have, the available capacity and demand to meet the needs of our catchment area and beyond.”

People from all over the airport’s catchment area have more choice than ever when it comes to selecting a destination for a getaway. The top ten most popular international destinations over the last year from the Northern Gateway s 210 routes were:

The 25 millionth passenger to pass through the airport was Chris Stenson from Crosby who arrived for his flight to New York to receive a pair of return tickets to San Francisco, Thomas Cook Airlines’ newest route from Manchester Airport, which launches in May next year.