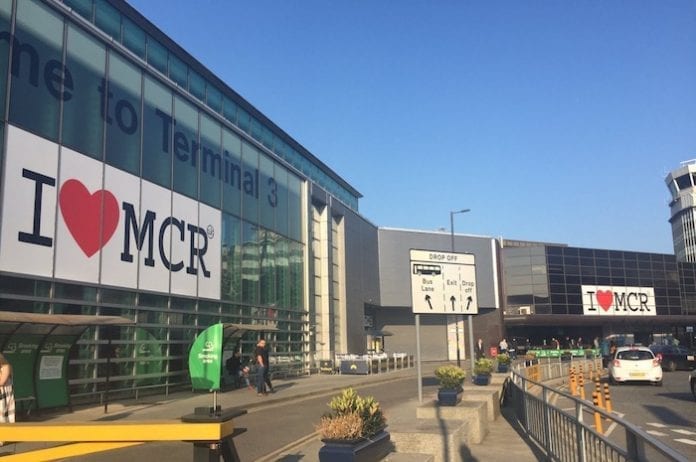 Manchester Airport was named the best in the UK at last night’s Travel Trade Gazette Awards.

It’s the second time in two weeks it’s been crowned best airport in the UK. It won the same award at the Travel Bulletin awards on 4th September.

And it’s a hat-trick for the Northern Hub after winning the Travel Weekly Globe Awards Best UK Airport in January this year too.

The airport – the third largest in the country – fought off competition from the likes of Bristol and Birmingham to receive the accolade.

Representatives from Manchester Airport picked up the award, voted for by travel agents and industry experts, at a ceremony at the Lyceum Theatre in London on Monday evening.

“We’re delighted to receive this fantastic award and would like to thank all the travel agents and people who voted for Manchester Airport,” said head of marketing Patrick Alexander.

“2017 has been an incredible year for the airport with record passenger numbers, the beginning of work on our £1bn transformation project and expansion by lots of our airlines.”

The award comes after the busiest summer on record for Manchester Airport that saw more than three million passengers jet off on holiday in August alone.

2017 has also seen new destinations to San Francisco and Muscat, making Manchester Airport the only UK airport outside of London to offer these destinations.

This summer also saw work begin on the airport’s £1bn transformation programme which is set to pave the way for the Northern Hub’s continued growth.