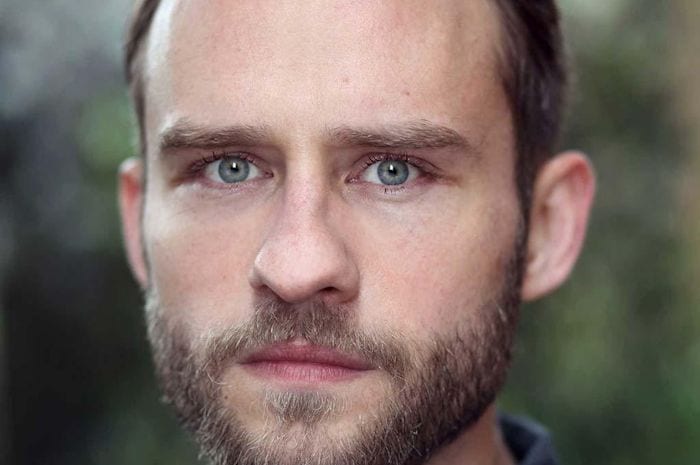 Moston actor Peter Ash is well known locally for his stage work. You may remember him as Darius Fry in the hit TV show Footballer’s Wives.

He first appeared in Coronation Street 18 months ago as Paul Foreman, David Platt’s cellmate in Highfield Prison. He returned to the cobbles recently, making an immediate impact when he set out to woo Billy the local vicar – and not with hearts and flowers.

We caught up with him to find out more about playing Paul and performing alongside Joey in the brilliant play, War Horse.

Did you always want to act?

Acting has always been something I’ve enjoyed massively. As a kid I was in all the school plays and local am dram theatre groups. But I guess it wasn’t until high school when I discovered that acting might be something I really wanted to do as a career. I had a brilliant drama teacher there who inspired me massively.

Did anyone else influence you along the way?

Will Ash, my second cousin, was and still is a big inspiration to me. I remember watching him on shows like Children’s Ward when I was little. And he’s gone on to do some brilliant stuff.

What do you enjoy about being on stage?

The thing I love about acting on stage is the buzz from a live audience. It’s pretty awesome to hear the instant reaction to what you are doing. Also, you get to tell your story from beginning to end whereas TV is mostly filmed out of order so I can be tricky to remember what comes before and after. I love both forms of acting, they are just very different beasts.

You have starred in War Horse on stage. What was that like?

I did the 2013-2015 tour of War Horse and it was hands down my favourite theatre experience. We had a cracking team of people working on it and working with those amazing puppets was a dream.

What was it like the first time you set foot on the cobbles?

Surreal. It’s a place you’ve seen on telly throughout most of your life, and to see it for real is quite strange. And of course it’s all incredibly exciting.

Have you been recognised since going back to the Street?

To be honest, I’ve not been out and about that much since my episodes aired. Too busy filming most days. But yes, I’ve had a few reactions, all positive for now which is nice.

Paul is a gay character, but it’s not mentioned. It’s just who he is. Do you think LGBTQ representation on TV has moved on?

I do. I really think there is much better representation across the board, and not just with gay characters.

Paul’s very confident with just who he is. Despite a troubled past, he doesn’t let it own him. And it seems he’s always up for a laugh. I like that about him.

For fans of Billy the Vicar, is Paul going to hurt him?

I don’t want to say too much or give anything away, but I can say that Paul is not messing around with Billy. There is a genuine attraction there, but only time will tell if it will all be a happy ending.

Where do I start? Manchester is just the best. It’s great for theatre, arts, music, nightlife. And most of all, the people.