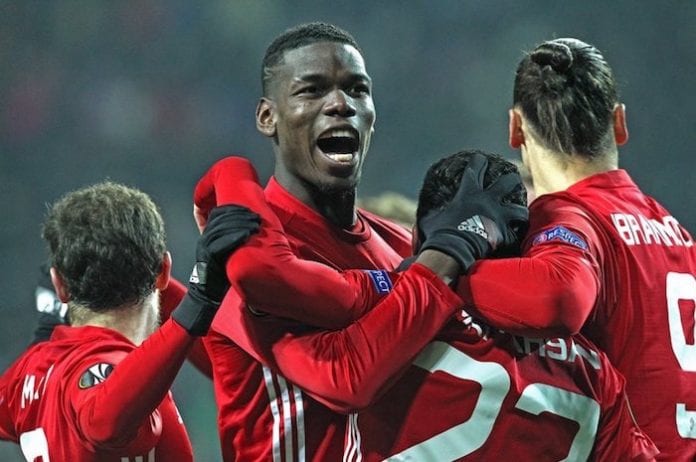 Manchester United may have experienced a dip in form since Sir Alex Ferguson retired but they have returned to the top of the table of the world’s richest clubs for the first time since 2003-4.

When the report was published for the first time twenty years ago, United topped the table with revenue of £88m. Since then, they have only fallen outside the top three revenue generating clubs globally once since then and have always been the highest placed English club

City’s climb to fifth place makes this the first time that England has had two clubs in the top five since 2011/12. Not only do City find themselves amongst the top five clubs globally for the first time, they also become one of only six clubs to have ever generated in excess of €500m (£430m) in revenue.

According to the report’s authors, the biggest threat to United’s position at the top of the Money League could be the weakening of the pound relative to the Euro following the UK’s decision to leave the European Union. 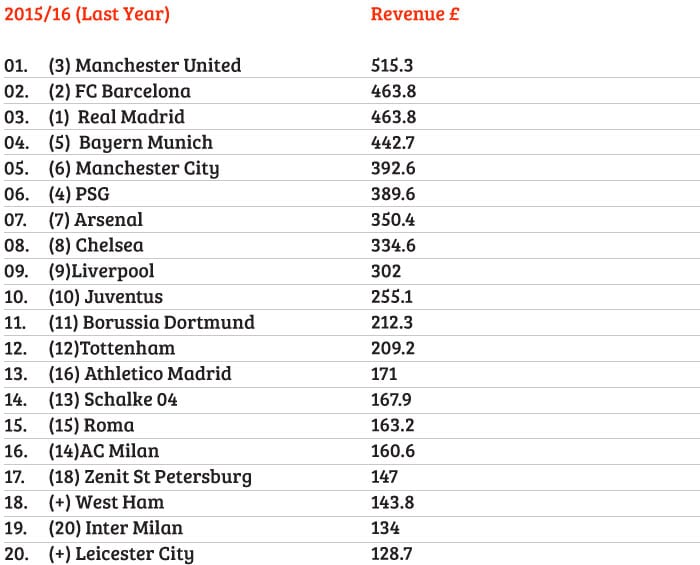