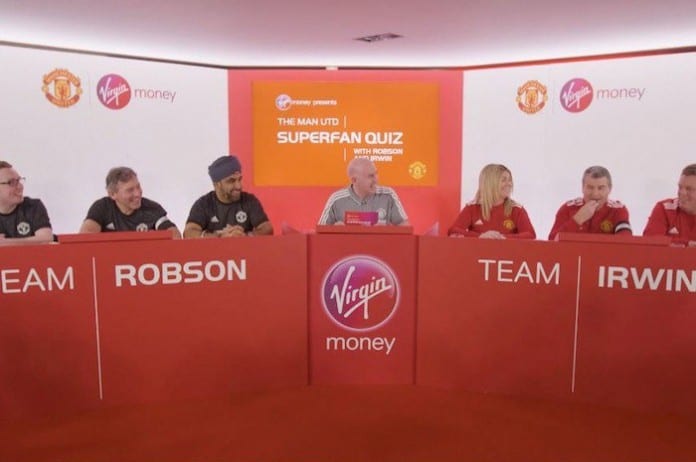 Questions like who scored United’s first ever Premier League goal? Which United player was PFA Player of the Year in 2000? Who scored more goals for United – Paul Scholes or Ruud van Nistelrooy? Who was the captain of United’s 1992 Youth Cup-winning side?

In one of the rounds, the teams tried to identify United players past and present in faces made up of mixed-up features. 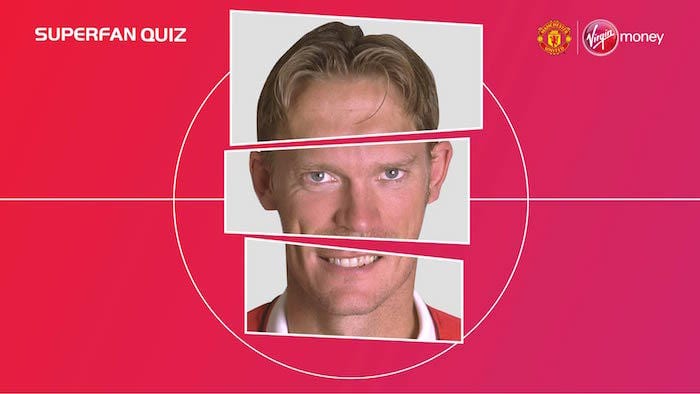 In another, the team captains went head to head in a quick-fire round based on their playing days together.

Some lucky competition winners got seats in the audience and met their heroes afterwards.

Virgin Money pledged £50 for every correct answer on the night and by the end of the evening £2,050 had been raised for the Foundation.

Find out if Team Robson or Team Irwin were the winners and test yourself here.