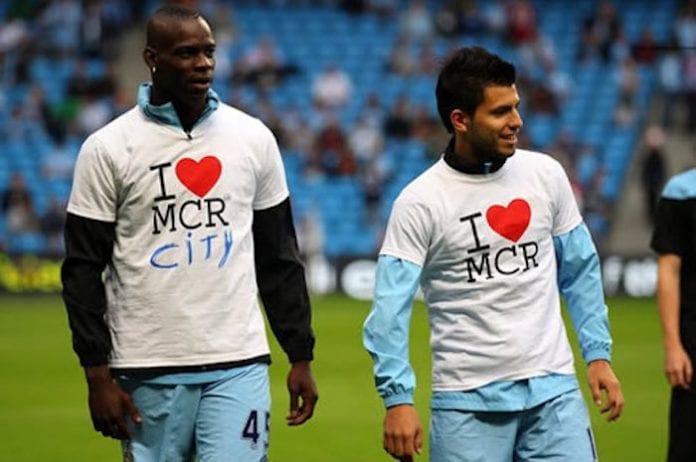 United and City come together in love for Manchester after riots, reports Manchester Evening News.

The legendary United boss told the M.E.N. that the city would bounce back better than ever after it was ransacked by thugs last week. 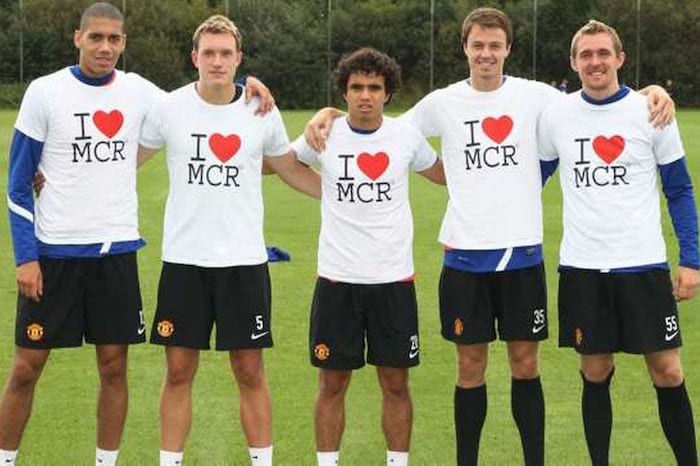 The Blues players donned the official I Love MCR t-shirts as they warmed up at the Etihad Stadium for their match last night – with Balotelli adding his own touch by adding the word ‘City’. The club’s new Argentinian star signing Aguero also showed solidarity with his new home. City fans have also launched their own version of the I Love MCR emblem – featuring a blue rather than red heart.