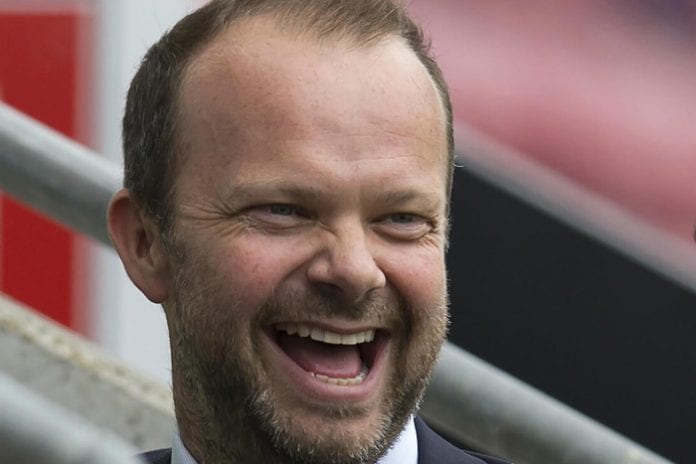 Is Ole Gunnar Solskjaer happy with Man United’s business in the transfer window?

The fans aren’t. Every social media post in recent days hijacked by Glazers Out campaigners.

So, what’s the problem?

On the face of it, United’s early business in the transfer window was good. Daniel James and Aaron Wan-Bissaka are both decent signings and will improve the squad.

Yes, the fee for Harry Maguire is a lot, but he’s just what the club needs. Surely he could have been signed earlier in the window, though, and given time to settle with his new teammates. Leicester wanted £80 million all along. It’s just another example of Ed Woodward’s ineptness in the market.

The end of the window really wasn’t good, however, with the team going into the new season with fewer options in attack and midfield than last season. That’s a worrying place to be.

Romelu Lukaku’s time at United can’t be described as a resounding success. He started his first season well but never rediscovered that form. In all honesty, his first touch is poor, and he simply wasn’t good enough with his back to goal. He’s also not mobile enough to fit into Ole’s preferred pressing style.

Shipping him out was the right move. Failing to sign a replacement wasn’t.

Despite never setting Old Trafford alight, he still scored 42 goals across both his seasons at the club. It’s now huge pressure on the likes of Marcus Rashford and Anthony Martial to step up – something which isn’t guaranteed.

What rankles with the fans isn’t the sale of Lukaku. It’s the way in which things have happened.

Everyone knew he was going to go. Of course, Inter would have upped their bid. Antonio Conte was desperate to get his man. He also didn’t feature once in pre-season.

Why didn’t United line up a replacement earlier on in the summer? Paulo Dybala is hugely talented but not a top goal scorer and Mario Mandzukic is coming to the end of his career. Neither were the right men. Again, it just highlights a lack of strategy at the top of the club.

It just seems crazy that the club has let this happen. It also seems like a tactic by the Glazers to pocket £70 million without anymore outlay.

Was Ole given the cash for Maguire as a trade off for Lukaku? If so, it again shows the lack of genuine football knowledge from the board.

The fans are right to be unhappy – which they also are with the midfield options.

From pre-season it’s clear to see Ole wants to play with two deep-lying central midfielders. So why go into the season with little in the way of options in that area?

The midfield is light to say the least. Ander Herrera was allowed to run down his contract and leave. Again, not the worst thing in the world, but why no replacement? Considering the change of formation, this again looks negligent.

Against Chelsea on Sunday, it will likely be two of Paul Pogba, Nemanja Matic and Scott McTominay. Matic really struggled last season, McTominay is undoubtedly talented but it seems a big ask in my option.

So are United really going into the season trusting Pogba? He could feasibly be gone before the end of the month with the European transfer window still open. If he isn’t, he won’t be happy and will likely kick up a stink as early as possible.

Worryingly though, his performances on the pitch also don’t warrant any trust from his teammates or the fans.

Looking at the work the club’s rivals have done in the transfer window, Spurs have strengthened. City and Liverpool are way ahead,. Even Arsenal look to have done some decent business.

United look vulnerable and should realistically be looking over their shoulders at the teams immediately below. Now that’s a worrying thought.