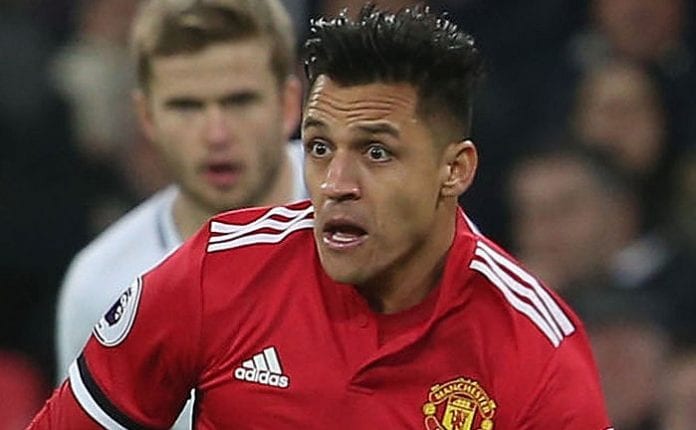 The rain bucketed it down from the dark night sky. The Trafford Arms was packed to the brim a good hour before kick-off. Everything on draught ran out half an hour later.
The fans were in good voice, despite the weather. This had the feel of a real mouth-watering Premier League encounter.

After all, Arsenal were in town. It wasn’t too long ago that this was it in terms of a Premier League rivalry. Fergie and Wenger on the touchline, Keane and Viera in midfield, van Nistelrooy and Keown, and pizza flying in the tunnel.

Unfortunately for both sides, those days are gone.

What the 2019 vintage – in a very loose sense of the word – served up was as dire and damp as the weather.

United are not in a good place. Ole is trying and the values are there. Fair dos to him for attempting to buck the trend of recent managers and really focus on youth.

But the problems run deeper than a few bad signings and some appalling off field antics by the men in suits at the top of the club.

What’s staring all United fans in the face at the moment is that Old Trafford is a place where promising youngsters and supposed top players stall and wallow in mediocrity.

There isn’t one player signed post-Fergie that has improved after joining the club.

Paul Pogba is fully aware of the stalling nature of his career. He’s a far worse player than he was in a Juventus shirt and is in a France shirt. Romelu Lukaku just missed out on the Premier League golden boot in his last season at Everton and then got nowhere near in his two seasons in red.

We all know what happened to Alexis Sanchez. But there are some more worrying occurrences of “Sanchez syndrome” around the rest of the current squad.

Whether it’s a lack of fear in the changing room, too much money, little respect for the manager and his tactics, or pure apathy from a bunch of underachieving players, the problems are endemic.

The biggest concern at the moment has to be Marcus Rashford. He seems to be going backwards. His confidence is shot and his love of pulling on the United shirt seems to be waning. He clearly loves the club but there’s no enjoyment in any of his performances. It’s a slog.

Harry Maguire is struggling, David de Gea isn’t anywhere near the level of previous seasons, Victor Lindelöf is all over the place and Jesse Lingard is 10 months into an epic Premier League goal drought.

There are a few shining lights. But how long will it be before Scott McTominay, Dan James and Aaron wan-Bissaka get dragged down to the level of the rest of the squad? Not long probably. And even if they don’t, it’s too much of an ask for three inexperienced players.

This is where the turning point for the season appears to disappear into mediocrity. Maybe they’ll never turn things round. Maybe they simply aren’t good enough. Maybe 10th is about where this team should be at this current moment in time.

And while the Premier League nightmare abounds, the Thursday night punishment of the Europa League is back.

This week, United travel to the Netherlands to face AZ Alkmaar, a team sitting third in the Eredivisie with twice as many league goals as United, having played just one game more. They’ve lost once in the league so far this season and look unlikely to lose to United.

Solskjaer will probably play a young inexperienced side. Any joy from Mason Greenwood’s game will likely evaporate soon as he toils at the top of this uninspiring team.

At least the fans will get a decent night out in Den Haag and the chance to drown their sorrows while the club, players, coaching staff and board continue to spread the malaise and flounder on to the next game.

The bookies will no doubt be offering decent odds on Steve Bruce getting his first win at St. James’ Park on Sunday. And who would bet against it?