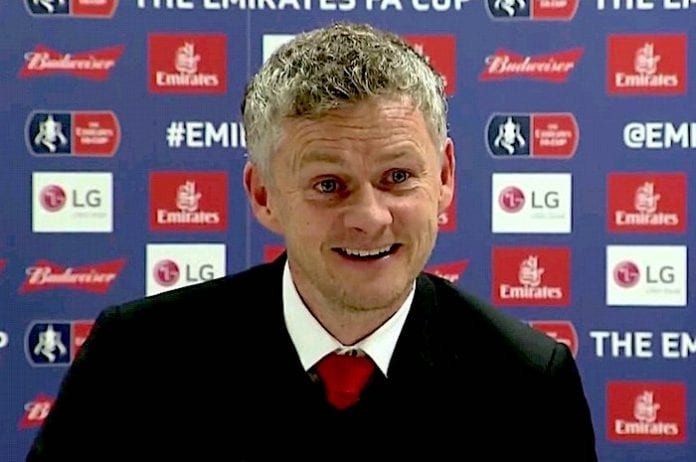 Sunday was a cathartic experience. Considering the shambles that was the tail end of last season when Cardiff City came to Old Trafford and won, to see United run out such convincing winners against one of the Big Six in the first game of the season felt good.

The truth is, however, that it could have been very different had Chelsea taken their chances in the first half. It was the general consensus amongst players, manager and fans alike that United were lucky to go in 1-0 up at half time.

But what happened in the second half showed just what the manager is hoping his team will be all about this season.

The way United broke from box to box in around 10 seconds for both the third and fourth goals was really impressive. Goodbye ponderous football, hello sharp, incisive, one touch passing and an ability to turn the ball over at pace.

All that was good about United in the second half was personified by Paul Pogba. All the Frenchman’s attributes from his vision, ability to carry the ball, pace and precision were on show.

Unfortunately, in the first half, the worst parts of his game were evident – over-elaboration, poor decision making and loose passing.

This is pure Pogba – as was his hint after the game that he still could leave before the European transfer window closes.

If that was pure Pogba, the defensive performance from Harry Maguire was exactly why Ole wanted him in the side so desperately. He was dominant in the air, composed on the ball and stepped up to his role as leader.

His partnership with Victor Lindelöf already looks the best since Nemanja Vidic and Rio Ferdinand. Throw in David de Gea in behind and things look much more solid.

What was also evident during Sunday’s performance was the togetherness of the team.

Each of the four goals was followed by a huddle involving all of the outfield players sharing the moment together. It spoke of unity in the face of what was at times a toxic and fractured dressing room last season.

This was epitomised by the moment that Dan James scored at the Stretford End on his debut. The same joy was shared by players and fans alike.

Things are looking better than we thought they might. And there’s no doubt the board will hope that this continues despite their negligence in going all-in on the required recruitment for the much-needed rebuild. It gives them something to hide behind.

However, the wheels can come off very quickly, as we saw last season.

And despite this performance, this United team never seem too far away from calamity and catastrophe.

Next up is Wolves away. They will feel they’ve got a real chance of pushing for a top six place and potentially edging United out of that picture.

There’s no doubt that Monday night’s game will be a huge test, considering the two losses United suffered at Molineux last season.

After the Wolves game and before the next big six encounter with Arsenal on 30th September, United have what appear to be winnable fixtures against Southampton away, Palace at home, West Ham away and Leicester at home.

But they failed to beat West Ham and Southampton in the corresponding fixtures last season. In fact, they were taken apart last September against a rampant West Ham team 3-1 at the London Stadium.

It will be games like this, against the chasing pack and the so-called lesser teams, that are the real test of how far this United team have come. Weather the storm and they may do better than expected. Fall into old habits and it will be a long hard season.

Let’s see what they make of the trip to Wolves on Monday.