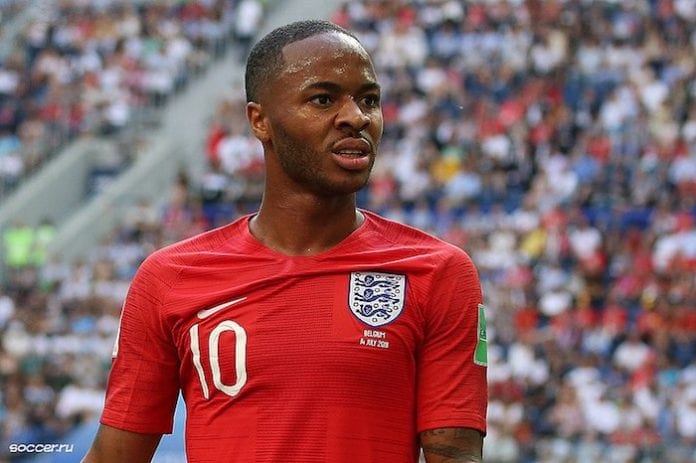 The season is heading into its final stretch and the games continue to come thick and fast for Manchester City as they continue fighting on four fronts.

Having not played in the Premier League since March 9th due to an FA Cup victory over Swansea and the international break, the Blues travel to Craven Cottage on Saturday to take on Fulham.

At such a crucial time of the season City need their stars to shine. One of them is currently in the form of his life.

The international break has seen the media heap praise on Raheem Sterling and for good reason. Following a dazzling performance against the Czech Republic on Friday when he scored his first England hat-trick, the City forward delivered another brilliant performance on Monday, adding another goal and assist to his international tally.

It is no secret that a few seasons ago Sterling was going through a tough time in his career which saw him heavily criticised by many England fans in the Euros. But that was prior to the arrival of Pep Guardiola.

Guardiola seems to have had a positive impact on the twenty-four year old as he continues to grow and improve as a player and person. Several times already this season he has reacted positively to racial abuse from a section of idiots in the crowd, both at home and on international duty.

Best way to silence the haters (and yeah I mean racists)  #2019 #getsomeeducation pic.twitter.com/ohhkOJtdey

The maturity Sterling is showing has also been noticed by his England manager Gareth Southgate who was extremely impressed with what he saw in Friday’s 5-0 victory over the Czech Republic.

“He was electric all night. I saw what I’ve seen all week from him, so the level he hit didn’t surprise me. He’s in a really confident moment, not only on the field, but off the field he’s so mature and comfortable in himself.

“So I’m delighted for him to get the reaction that he did from the crowd here. We can’t hide from the fact that he’s had difficult moments with England and he’s turned that full circle. I also think the goals in Spain were an important moment for him. You could see the release that had brought.

“And his finishes there and tonight were finishes that he was just taking on without thinking too much. At times, you could almost see the thought process in the past, but he’s hungry for those goals.”

City now turn their attention back to the league as they continue their fight to win back-to-back titles. Guardiola is going to need as many of his players available for selection.

As always injuries play a major part in everyone’s season and City look like they could have been handed a major boost just at the right time with Kevin de Bruyne, Fernandinho, Benjamin Mendy, John Stones and skipper Vincent Kompany all taking part in training this week. City can be hopeful of a strong squad with Sergio Aguero and David Silva also present at training having not played for their countries during the international break.

The focus then returns to the Champions League with City and Spurs about to see an awful lot of each other. They will face each other three times in eleven days, playing each other in the two-legged tie on 9/10 and 16/17 April and clash again just a few days later in the Premier League at the Etihad.

The Blues are currently the top goalscorers in the competition after dispatching Schalke in a 10-2 victory over the two legs.

Recent form is in their favour, having already beaten Spurs 1-0 at Wembley this season.