A local group concerned at the lack of public involvement in planning decisions has held its inaugural ‘people’s awards’ for the best and worst buildings and development proposals in Manchester.

The awards are based on 650 responses to a survey published at the start of June. Organisers say this is the first time people have been asked their opinion about which developments have or haven’t worked and what concerns them.

The demolition of Elizabeth Gaskell House on Upper Brook Street was voted Worst Heritage Loss whilst Worst Cultural Loss was the Twisted Wheel Club and Legends. Piccadilly Gardens was named Biggest Missed Opportunity for Manchester. The ‘panic station’ category that people were most concerned about was the Cornerhouse and surrounding buildings.

Manchester Shield is a grass roots user-inspired civic movement which seeks to involve the people of Manchester in building a better built environment and city. It was founded earlier this year by Adam Prince out of sheer frustration with lack of public involvement when planning decisions are made.

“We have concerns about the constant demolition of buildings, lack of green spaces, social and affordable housing, failure in dialogues, the poor civic engagement in design and the lack of initiatives in giving citizens a voice in their own environment.

“Manchester has an incredibly rich cultural and social history. As the world’s first industrial city, there is so much unique in terms of architecture and civic pride. But we have lost too much of what people hold dear because planners allow so much to be demolished. Buildings that are beloved are being destroyed.

“It’s ironic that the building that people have voted the worst in Manchester has won awards from the Royal Institute of Building Architects North West. Library Walk was £3.5m of wasted money at a time of austerity and was forced through with a stubbornness and hostility towards the public. Such a disparity in accolades in our awards and others says something about the disconnection between people and those in power.”

Mark Hammill, director of Urban Planet and adviser to Manchester Shield on city planning and regeneration said: “These inaugural awards highlight that there is lots to celebrate in Manchester’s architecture and planning, but also that more needs to be done to raise the bar of what is acceptable (and approved) in terms of urban design, architecture, heritage reuse and genuine public involvement. Manchester deserves better.

“With the introduction of an elected mayor, Manchester Shield will be building on the success of these awards to establish and consult on ‘A Manifesto for Manchester’. This will be to highlight best practice and core principles that we need for an attractive, sustainable, people-focused and business-friendly city. We are optimistic that prospective candidates and political leaders will sign up to these common sense proposals.

“Manchester Shield is not anti-development but wants to see a more imaginative combination of existing and new build.” 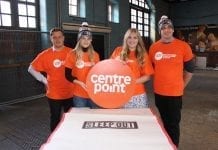 Mancunians to sleep out at London Road Fire Station to raise funds for homeless ... 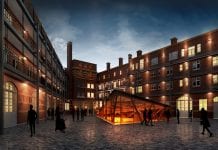 REVEALED: exciting plans for two of Manchester’s most iconic buildings 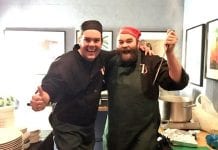 The BEASTro boys – the busiest foodies in Manchester