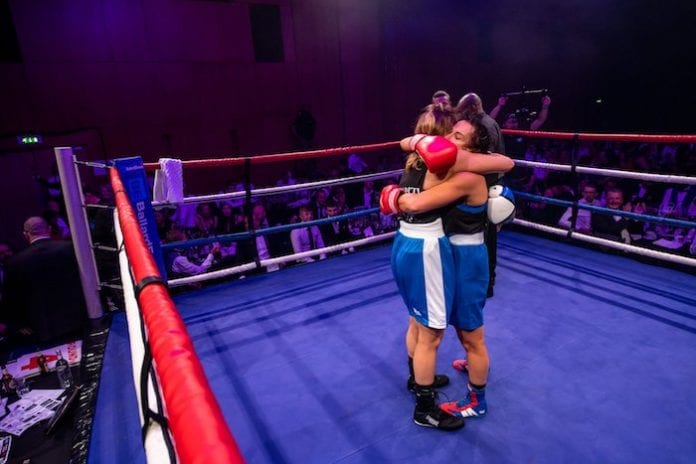 Charity Boxing Nights was created after founder Ric Moylan experienced the loss of his niece Soffia Rose in 2015 aged just 12 days old. He has since dedicated his time to helping other children and their families.

Some highlights of our night #cbn18

Corrie’s Catherine Tyldesley put on a show-stopping performance in front of a packed audience at the Hilton Manchester.

“I was so thrilled to be involved for the third year,” said Cath. “What an awesome night it was and what an outstanding event Ric Moylan and ConnectIn Events created. Ric in particular pours his heart and soul into this event every year.”

The event was produced by ConnectIn Events, a local events company known for their charitable productions. Every year, owners Penni Pennington and David Ward commit to a number of events to help others.

ConnectIn Events got involved in Charity Boxing Nights after meeting Ric by chance in the gym and being touched by his inspiring story.

“ConnectIn events once again put on a fantastic event,” says Ric. “They not only shared my vision for Charity Boxing Nights, but through their industry, expertise and outstanding eye for detail have taken the event to a whole new level.

“My vision for Charity Boxing Nights is to raise at least £1 million for the hospital, and I’m absolutely certain that with having ConnectIn alongside me, this dream will become a reality.”