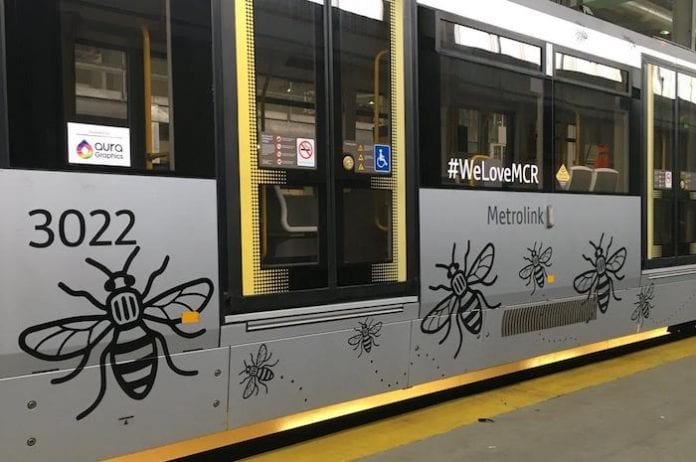 A local dog lover is campaigning for the ban on dogs being allowed on the Manchester Metrolink to be lifted.

In his online petition, Adam Wilcox points out that dogs are allowed on the London Underground and accuses Transport for Greater Manchester of discriminating against dogs and their owners.

“In an age where we are encouraged to use public transport for the sake of the environment and to ease congestion it is important that responsible dog owners can travel on all forms of public transport with their dog,” the petition states.

“They can currently use taxis, buses and trains around Greater Manchester but are not allowed on the Metrolink.

“It is worth noting that no other mode of public transport is built to specifically carry dogs but they seem to cope well. I have never seen an influx of dogs traveling on trains or buses, just because they can; it is rarely more than 1 or 2 ever seen at any one time, taking up little more room if any than a suitcase or a few shopping bags!

“It is time Transport for Manchester stopped discriminating against dogs and their owners and fell in line with London and other European cities affording the residents and visitors to Greater Manchester a comparable service.”

The ban has been in place since Metrolink was launched in 1992. In 2015, Transport for Greater Manchester decided not to overturn it following a public consultation and passenger surveys.

Councillor Andrew Fender, chair of the TfGM committee, said the decision was taken on safety grounds.

“While the vast majority of dog owners are responsible, there is no way to guarantee all dog owners will ensure their dogs behave appropriately and do not represent a nuisance or, worse still, a risk to passengers,” he said at the time.