Chilldown from your Saturday night

Enjoyed the Manchester Saturday nightlife and in need of some Sunday soothing? Checking out but your train home isn’t for a few hours? Come join Whitworth Locke at the conservatory bar and lounge area for acoustic and lo-fi performances from local talent. 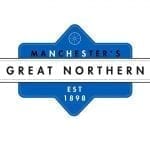